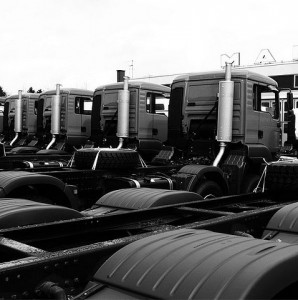 Both Associations say they are pleased their recent joint letter to Transport Minister Stephen Hammond has resulted in swift government action.

FTA and RHA wrote to Mr Hammond in May, voicing concern at Department for Transport advice implying garage technicians and mechanics driving heavy vehicles to annual tests would be within the Driver CPC Directive.

They argued that ensuring the UK’s 30,000 technicians achieved full compliance in just over a year would be a high-labour, high-cost task with little benefit.

While some employers have included technicians in their DCPC training programmes, the vast majority have not, they claimed.

The Associations said they felt the Directive was never intended to cover this type of activity and would impose a burden on UK industry.

Theo de Pencier, FTA’s Chief Executive, said: “We’re really pleased that government has listened to our case and has acted so quickly to try to provide a solution.

“We will be offering all the support we can to ensure that this issue can be resolved fully in advance of the deadline for DCPC.”

Geoff Dunning, Chief Executive of the RHA, added: “In our view, the intention of the EU Legislation has always been that it applies to drivers who are directly and substantially involved in the delivery of goods and that was reinforced by specific exemptions for some categories of drivers.

“Applying the legislation where it was clearly not intended, would make no sense and we are delighted that the Minister has accepted our arguments.”

Image courtesy of donaldtownsend, with thanks.