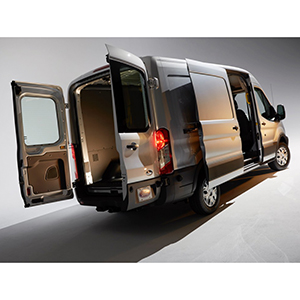 The Ford Transit has plenty of room

Auto Express released their New Car Awards list for 2014 today, voting the Ford Transit as ‘Van of the Year’ for its mix of strong economy with pure muscle for big loads.

The win follows up from last year, where the title was awarded to the smaller Ford Transit Custom.

Among the reasons for the Transit 2.2 TDCi Trend 125 getting the nod included the fact that the van offers a maximum carrying capacity up to over 15 cubic metres, fuel economy is only 44mpg in the ECOnetic version and there are service intervals of 30,000 miles which is a huge bonus for fleet managers.

Steve Fowler, Auto Express editor-in-chief, said: “Ford really has thrown absolutely everything at it and come up with one of the best vans we’ve ever seen. The numbers stack up so well for businesses, while it’s easier than ever to load and more enjoyable to drive.”

Other commended vans from the awards were the Mercedes Sprinter and Vauxhall Vivaro.

How has your experience been with the Ford Transit 2.2 TDCi so far? Do you think the award is well deserved? Let us know in the comments below.