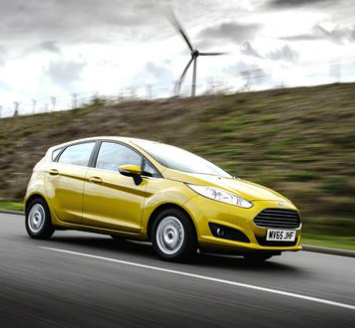 Ford in Europe is on course to achieve a reduction in energy usage, per vehicle produced, of 25 per cent since 2011, following investments of  £20million specifically targeting energy waste. This means that each year Ford will save about 800 gigawatt hours at its European plants – roughly the amount of energy used annually by a city with a population of 170,000, such as Oxford.

-Energy usage, per vehicle produced, reduced by 25 per cent since 2011 following investments of £20 million in Ford’s European plants

As part of the Ford Production System, a new energy management operating System is now deployed throughout Ford’s European manufacturing centres. Facilities in Cologne and Saarlouis, Germany, for example, have achieved International ISO 50001 status for their energy management and efficiency.

“Constantly finding new ways of saving natural resources is an important challenge for Ford, especially in an energy intensive industry such as car-making,” said Richard Douthwaite, manager, Energy Management, Ford of Europe. “Recycling waste heat from factory paint ovens is just one of the creative ways we are reducing energy demand, helping us to lower the environmental impact of our manufacturing facilities around the world.”

The energy-saving measures include a system that recovers heat energy from the paint oven exhaust stacks and returns it as useful heat into the district water heating system. The system in Cologne has delivered 16 gigawatt hours since start-up in November 2013. A similar system is now operational in Ford’s Saarlouis plant and a further one is planned for its factory in Valencia, Spain.

A second paint heat recovery project, believed to be an industry-first, relates to the transformation of massive volumes of low-grade heat otherwise exhausted from the Cologne paint spray booths. The process uses heat pump technology, and some residual energy from the paint oven exhaust recovery, to convert low-grade heat to useful heat that is then re-introduced at the fresh air intake of the paint spray booth to offset the gas burners. Anticipated full year savings are 50 gigawatt hours.

The company is continuing its switch to low-energy LED lighting at its manufacturing facilities in Europe. More than 25,000 new LED fixtures were installed at facilities around the world last year. Ford is also rolling-out the installation of an advanced automated building heating control and ventilation system at its factories. The hi-tech system allows Ford energy teams to remotely control – and even switch off – heating systems in individual offices, or areas that are not in use, within its plants.

Sustainability is a core part of Ford’s business strategy, both in terms of smart manufacturing and mobility solutions; and a range of technologically advanced, fuel-efficient vehicles. Ford’s Sustainability Report is an important part of the company’s commitment to transparency and has helped to drive progress within Ford and across the industry.

Click below to see Fords Power Plan:
How to Save Enough Energy to Power a City