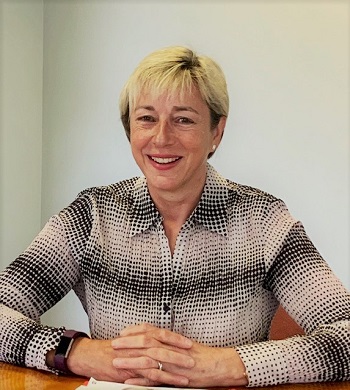 Fleets should not simply discard diesels in favour of petrol cars, say Fleet Logistics, amidst concerns over rising CO2 levels from transport due to a big swing to petrol and a marked decline in sales of diesel cars.

Instead, they should consider models from the growing number of RDE2-compliant diesel cars for their fleet policy lists as the new generation of diesels emit less CO2, lower emissions of Nitrous Oxides (NOx) and offer frugal fuel consumption – an ideal combination for work fleets, especially those that drive high mileages.

“Ultimately, it will boil down to the outcome of the pending WLTP review by the government and future taxation strategy and its impact on Total Cost of Ownership and driver Benefit-in-Kind tax.

Since reports have highlighted high levels of NOx in diesel emissions and many authorities have moved to ban older, polluting diesel vehicles from future Clean Air Zones, diesel sales have slumped as fleet operators have switched wholesale to petrol-driven vehicles.

Latest figures show that petrol cars now account for 66.8%% of all new cars sold in the UK compared to just 27.4% for diesel – and that levels of CO2 from transport are rising across the whole of Europe for the first time since records began.

Sue Branston said that it was too early for fleets to be discarding diesel cars as they still have a role to play as the workhorses of the fleet for many companies.

“Not only are they often the best long range option in many fleet situations, but the new generation of RDE2 diesels also bring a reduction in Benefit-in-Kind taxation as they do not attract the customary 4% diesel surcharge and offer lower Vehicle Excise Duty rates.

“It is always sound fleet management practice to compare, from a driver’s perspective, figures for any diesels with alternative powertrains and is something we advise for all our clients.

“However, there are now growing numbers of RDE2-compliant diesel cars from major motor manufacturers, including Mercedes and Jaguar Land Rover, with more to come this summer from makers such as Vauxhall, Volvo and BMW.

“While the numbers are still low at the moment, fleet operators should certainly take them into consideration for their next fleet replacement cycle,  as well as looking at alternative powertrains like petrol which, despite improvements, may still have lower fuel consumption, higher levels of CO2 and, as a result, higher BIK and VED rates,” she said.

When the new WLTP vehicle emissions test replaced the existing NEDC procedure for all new type approvals in September 2017, the Real Driving Emissions (RDE) test was also introduced as an on-the-road measurement.

However, from this coming January new type approvals  – and all new registrations from January 2021 – have to comply with the next stage of the emissions test, RDE Step Two (RDE2), and it is this measure now being achieved ahead of the deadline by some manufacturers.

As a result, early adopters can benefit from lower taxes and can sidestep the 4% diesel surcharge which was first detailed by the Chancellor in the Autumn Budget of 2017.

“We are advising our clients not to write off diesel just yet. Undoubtedly the future will be electric, and EVs and hybrids need to play a role in any right-thinking fleet policy, but sounding the death knell for diesel may just be premature,” added Sue Branston.