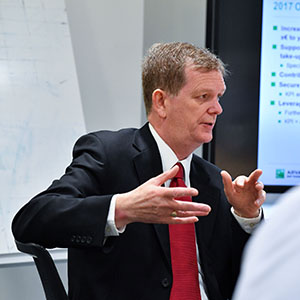 Some large fleets are extending leasing contracts because of the uncertainty that continues to surround the impact of the new WLTP fuel consumption and emissions test on company car taxation, reports Arval.

Information on taxation has only been made available by the government up until tax year 2020-21, meaning that many drivers and their companies acquiring cars now do not know how much tax they will have to pay over the life of the vehicle.

Shaun Sadlier, Arval’s Head of Consultancy, said: “Fleets find themselves caught in limbo. The government has yet to indicate when it will make a decision on how WLTP is incorporated into company car taxation, and the actual figures are some way off.

“For many years, benefit in kind tax tables have been made available for 3-4 years in advance, so that businesses and their drivers have a good indication of their tax liability and can plan accordingly. But at the moment, we simply don’t know what is happening.

“Because of this, we are seeing an increasing trend on the part of fleets, especially larger corporates that are generally better informed about WLTP, to sidestep the situation by extending lease contracts on a month-by-month basis.

“This, at least, will allow them to wait until there is an announcement from the government and make an informed decision on vehicle choice at that point.”

“We have seen new fleet car registrations start to tail off and, while it is probable that some of that is due to general economic slowdown and market uncertainty, some of it will also be due to deferred vehicle replacement.

“It seems very likely that we are building up a logjam of demand and that, following a Government announcement on WLTP and taxation, we will see a peak in car sales as everyone rushes in to place orders.

“This, in itself, may create knock-on problems because we don’t yet know what types of cars and specific models WLTP will make attractive from a tax point of view, and they may very well be in short supply in the medium term.”