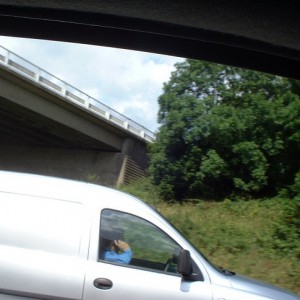 Workers are being pressured to take dangerous risks by using their mobiles when driving for work, AA DriveTech have warned.

Figures from an AA/Populus survey show that 19% of 6,973 fleet drivers believe their employer is failing to actively discourage safe and legal use of mobile phones.

Around 2% said they had been explicitly told they were expected to return emails, texts and calls at the wheel, with 7% claiming they felt pressured to answer their phone while driving.

Roughly one in six (15%) said they felt pressured to answer their hands-free work mobile, with 4% admitting they had been criticised by their manager for not responding at the wheel.

However, reassuringly, 88% of the 22,194 drivers who responded to the survey, agreed making or taking calls while driving was an unsafe activity.

Simon Stammers, Fleet Director at AA DriveTech, said: “We understand that people are often under considerable pressure to be available to their work at all times.

“But, driving is the most dangerous task the majority of employees undertake while at work, so feeling that you have to respond to calls, texts and emails when you are driving is an unnecessary risk.

“It is especially worrying that some people say they have been explicitly told they should respond to calls, texts and emails when they are driving.

“Employers have a statutory duty of care and, besides the risk to their employees, they are putting themselves at risk of liability and criminal charges in the event of a crash if the company’s actions, or lack of them, is deemed to have contributed to the incident.”

Image courtesy of Thirsk, with thanks.