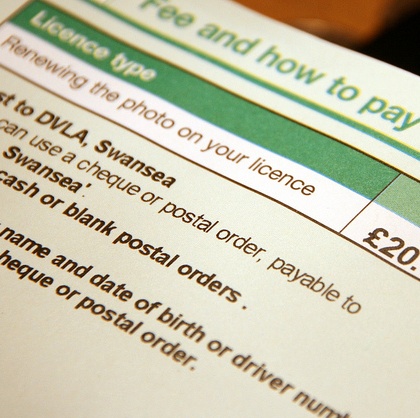 Fleet decision-makers are becoming increasingly concerned at the lack of an official timetable for introducing online driver licence validation checks, ACFO have warned.

The UK’s largest fleet operator organisation claim their Members’ Services Organisation are receiving a growing number of inquiries requiring clarification on when online checks will be available.

Government are planning to abolish the paper counterpart of the driving licence at some point during 2014/15.

Recent enquiries by ACFO have revealed the DVLA have ‘no currently-agreed timescales’ for when public and private sector organisations will be able to access the new database.

That comes despite ACFO being told last July that the paper counterpart of a driving licence highlighting driver category exemptions and licence points was expected to be abolished from January 1, 2015.

From June, millions of drivers will be able to access their own licence data online – but the DVLA admit there are no agreed timescales for extension of the ‘View Driving Record’ service to fleets.

The DVLA claim they will discuss with the fleet industry what data will be required and the best means of access, despite ACFO already explaining members’ requirements at last year’s meeting.

However, ACFO have launched an 18-question online ‘Abolition of the Driving Licence Counterpart’ survey requesting a wide variety of information from fleets.

Julie Jenner, Director at ACFO, said: “Since the July meeting we have repeatedly asked DVLA for information on behalf of members with no positive response until being informed of the survey.

“Although, the survey is welcome it comes six months after the meeting and valuable time has been lost.

“We believe that access by the corporate sector to validate drivers’ licence details is perhaps more important than individuals’ desire to look at their own licence details.

“Yet this seems to be a secondary issue given the launch of the ‘View Driving Record’ service for private individuals in June.

“We remain concerned at the uncertainty as to the timescale for introduction of a digital service.

“Six months ago we were told it would be January 1, 2015, but now that timeframe appears to have changed.”