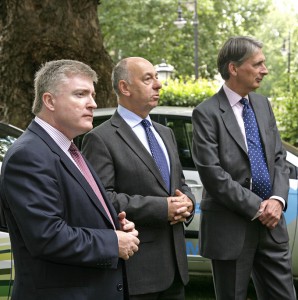 Former Ford of Britain Chairman Joe Greenwell CBE is to become the leader of the RAC Foundation, it has been announced.

Greenwell, who has held high-profile positions at several leading automotive companies during his career, will formally take over as Chairman of the transport research charity on July 15.

The former Jaguar Land Rover chief paid tribute to his predecessor David Quarmby CBE, who vacates his position after four years in the role.

“I am honoured that I have been given the opportunity to contribute to the RAC Foundation’s continued success,” he said.

“After a lifetime in the automotive industry I am very familiar with the important and independent work the RAC Foundation does.

“The Foundation is rightly renowned for its evidence-based advocacy on matters affecting roads policy and the travelling lives of the UK’s 35million motorists.

“This reputation is in no small part down to the excellent stewardship of the Foundation over the past four years by David Quarmby.

“Rarely have the issues surrounding road transport – safety, taxation, carbon emissions, funding – been so far up the political agenda.

“I aim to keep them there and ensure the Foundation continues to make a meaningful contribution to debate at the highest levels.”

As part of his new role, Greenwell will also become a RAC Foundation trustee, leading the six-strong board of trustees and working closely with the Foundation’s Director, Professor Stephen Glaister.

Quarmby said he was leaving his role in safe hands with the appointment.

“I am delighted to be handing the baton to Joe Greenwell,” he said.

“Joe brings immense knowledge and experience from his chairmanship of Ford, his leadership role in the automotive industry, and his many dealings with government.

“His interest in all the aspects of the Foundation’s work will ensure that it continues to be a major influence on policy and thinking in motoring, roads and transport matters, speaking as it does on behalf of the responsible motorist and road user.”

Greenwell has previously held several high-profile positions, and was awarded the CBE for services to the automotive industry in the Queen’s birthday honours list in June 2011.

He served as Vice President of Government Affairs at Premier Automotive Group and Ford of Europe; Chairman and CEO of Jaguar and Land Rover; and Vice President of Marketing and Operations at Ford Motor Company.

Greenwell was also Vice President of Communications and Public Affairs at both Ford of Europe and Jaguar Land Rover.

The RAC Foundation is a transport policy and research organisation that explores the economic, mobility, safety and environmental issues relating to roads and their users.

It publishes independent and authoritative research with which it promotes informed debate and advocates policy in the interest of the responsible motorist.

Image courtesy of bisgovuk, with thanks.