Ever Wondered What Goes Into Designing A New Car? 1,400 Days. 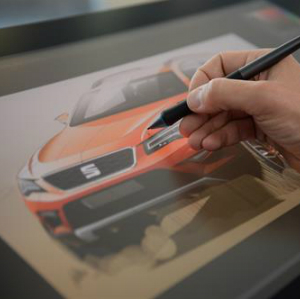 1,400 days, more than 1,000 sketches, 5,000 kilos of clay and 1,000 litres of paint. These are just some of the figures that go into designing a new model of car. This is a four-year process that begins with the handiwork of an artisan, using pencil and paper, and ends with a finished vehicle on the assembly line. Along the way, life-size clay vehicles are made, new colours and textures are created and the interior of the new car is defined.

The end result of all these simultaneous processes is a brand new model. After four years of intense work, the design team is still going strong as a new project is already in the pipeline.