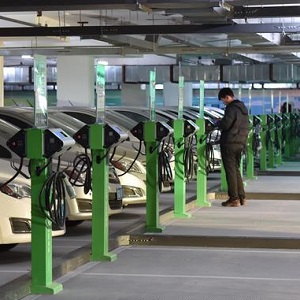 The AA has reacted with disappointment to the news that investment in green technology is at its lowest for ten years, following the Environmental Audit Committee’s alarm at the ‘dramatic collapse’ in the government’s green investment*.

“While sales of electric vehicles jumped by 30% last year there remains significant barriers for drivers – and top is the perceived lack of charging points. In an AA-Populus poll of 18,574 drivers**, nearly two thirds (62%) said that they would be more likely to buy an EV is there was an adequate charging infrastructure.

“While around 400 charging points are being installed every month***, there remains very poor charging access for people who live in flats or terraced housing in towns and cities, and thus don’t have the luxury of being able charge an EV at home.  Yet these are the people who would benefit most from EV ownership while local authorities would most benefit from the resulting improvement in air quality.

“A £4.5m Government pot was announced in December 2016 to help such drivers take advantage of the ‘electric car revolution’ with its on-street residential charge-point scheme but few councils have taken the incentive up, which was acknowledged in a parliamentary debate on the issue on 9th May****.”

Polly Billington, Director of UK100, has pointed out [in the report] that local authorities struggle to access public finance because they do not have the capacity or expertise to access the various ‘pots of money’ available within different Government offices, such as the Office for Low Emission Vehicles (OLEV).

Crowder says: “The grants provide 75% for eligible charging schemes.  But that still means councils have to stump up 25% of the cost of installing charging points at a time when their budgets have been squeezed to the point that they have to prioritise every penny they spend.

“On top of that they are facing a rapidly growing pothole menace that needs urgent attention so it’s understandable that there seems to be little enthusiasm for the scheme.”

Crowder suggests that if the Government wants to see wider take-up of electric vehicles it must take a more pragmatic and generous approach to local authorities and make the application process simpler.

“We don’t want a repetition of the time when cleaner LPG dual-fuel vehicles were becoming available but the fuel infrastructure wasn’t developed quickly enough. Investment in the electric vehicle charging network needs to develop quickly to avoid a situation where there are insufficient charging points for the number of cars being built.

“The Government has a 2040 target to end the production of pure petrol or diesel fuelled vehicles but unless the charging infrastructure is there to support that ambition, it will be difficult for consumers to convert.  OLEV has announced £30 million of investment in 21 vehicle-to-grid projects that could enable electric vehicles to deliver power back to the ‘smart’ grid.  But of course, it needs the EV power delivery points to be in place to enable that to happen.”

** Populus interviewed 18,547 AA members in an online poll between 14-21 November 2017.  Populus is a founding member of the British Polling Council and abides by its rules.