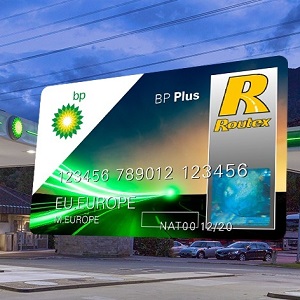 BP has been named as a Crown Commercial Services (CCS) supplier under the RM6000 Fuel Cards and Associated Services V Framework Agreement, giving it the chance to bid for fuel card work across the UK’s public-sector vehicle fleet.

The agreement is for the provision of a range of fuel cards and associated services providing regional, nationwide and European coverage

It is the first time BP’s fuel cards have been made available for government fleets and makes it one of only nine suppliers approved on the CCS fuel cards framework.

The government procurement framework covers a total demand of around 200 million litres of fuel per annum, spread between more than 3,000 different public-sector organisations. Between them, they spend in excess of £200 million every year on fuel and associated services.

As a supplier on the CCS fuel cards framework, BP can now bid to supply any UK Government entity, including blue-light services, council fleets and government departments such as highways, environment or the NHS, without going through individual tenders.

goods and services and Andy Allen, UK Fuel Card Manager, BP Fuel Cards, said: “Being an approved supplier means everything from emergency vehicles to public sector pool cars can benefit from BP’s range of fuel cards and associated services on a regional, nationwide and European basis.

“We’re very confident that, as a supplier on the CCS fuel cards framework, our products and services will provide tangible savings for the taxpayer through our competitive fuel prices, extensive network or forecourts and easy control of fleet management information.”