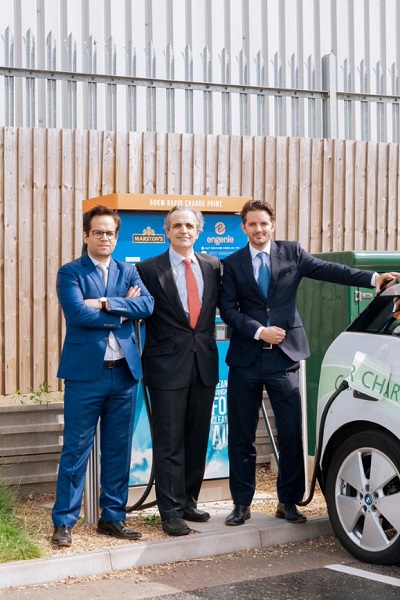 Engenie, one of the UK’s fastest growing electric vehicle (EV) rapid charging networks, will double the current number of rapid charge points in the UK by 2024. The ambitious plans are being funded by a £35 million investment commitment from Cube Infrastructure Fund II.

Engenie will install over 2,000 rapid charging points across the UK. These will be at accessible public sites, including supermarkets and retail parks, enabling EV drivers to charge quickly and easily at convenient and attractive locations.

“The EV market is marching into the mainstream. Private companies are now seizing the EV investment opportunity and nearly 75% of car buyers are considering an EV as their next vehicle,” says Ian Johnston, the CEO of Engenie. “Those organisations offering public car parking can position themselves for the future by providing new value to customers and driving increased footfall by installing rapid chargers. The EV tipping point is coming and this significant investment commitment positions us at the forefront of this burgeoning market.”

Zap Map recorded 2,189 rapid chargers across the country at the end of May 2019, so this deal will double the current number available. Engenie will have rapid chargers installed at over 100 sites by Christmas. Once complete, the network could serve 5 million EVs a year, removing up to 25 tonnes of NOx annually**.

Engenie works in partnership with landowners to deliver fully funded and maintained rapid charging units, powered exclusively by 100% renewable energy. In the last year it has announced significant new partnerships with Marston’s Inns and Taverns, M7 Real Estate and Cardiff Council. Engenie previously secured £5 million of funding from Investec, a key early institutional investor that recognised the potential of the business, which will retain its stake in Engenie.

Over the last decade, the funds managed by Cube Infrastructure Managers have invested in public transport operators and renewable energy generation companies actively involved in developing and operating sustainable energy and passenger transport platforms. Electro-mobility, which is lying at the intersection of these two sectors, is an integral part of our new fund’s investment focus. By investing in Engenie, we intend to accelerate the deployment of its rapid EV charging infrastructure, providing over the long term, an increasingly essential service to local communities across the UK, consistent with our high ESG standards.”

Engenie’s charging points are accessible, easy-to-use, require no membership or connection fee and operate a simple contactless payment method. Each 50kW charger is compatible with all EVs on the market today and adds 80 miles of charge in just 30min (depending on the battery).

** NO2 calculation and sources: