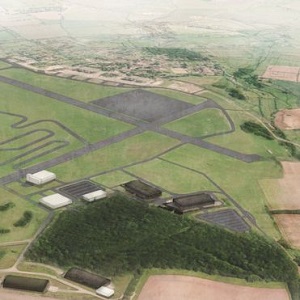 Dyson has unveiled plans to turn a disused air field into a 10-mile test track for its new electric car, which is due to debut in 2021.

The company bought the former airfield at Hullavington two years ago and has already renovated two hangars at the 517-acre site.

That redevelopment has cost £84m and the next phase of the airfield’s development would take the total cost to £200m.

No details about the Dyson electric car have been revealed and no prototype has been built, but Sir James Dyson told GQ magazine that it is to be “quite radical”.

“We are now firmly focused on the next stage of our automotive project strengthening our credentials as a global research and development organisation,” he said.

Dyson, which made its 100 millionth machine last year, posted a 40% rise in turnover to £3.5bn as sales soared in Asia, while profits jumped by a third to a record £801m.

The company is based close to Hullavington at Malmesbury, where it has set up a training institute for technology and engineering students.

The R&D site was originally an RAF training station, first opened in 1937, and it played a significant part during World War II as a flight school and base for about 1,000 aircraft.