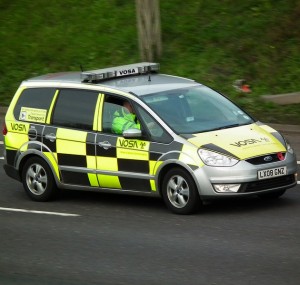 REPLACEMENT: DVSA in, DSA and VOSA out

The new agency with responsibility for maintaining vehicle standards has been launched as the Driver and Vehicle Standards Agency (DVSA).

Replacing the Driving Standards Agency (DSA) and Vehicle and Operator Services Agency (VOSA), the DVSA will employ 4,600 people throughout the UK.

It will have responsibility for setting, testing and enforcing driver and vehicle standards in Great Britain.

Transport Minister Robert Goodwill said: “In June the department announced that DSA and VOSA would merge to form a new agency.

“This decision was made following the motoring services strategy consultation, and is a demonstration of the government’s commitment to put customers and businesses at the heart of its services.

“The two organisations have a history of working closely together and the merger is an opportunity for the DVSA to provide even better and more efficient customer service to motorists and commercial operators.

“I fully support the new agency and look forward to seeing the DVSA take shape from April 2014.”

There will be a gradual introduction of the new agency name ahead of the formal launch in April 2014.

DSA and VOSA will be incorporated within the new agency, with the new branding reflecting this until their services and trading funds are brought together next year.

The DVSA will have a broad range of responsibilities, including processing applications for licences to operate lorries and buses, operating testing schemes for all vehicles, and enforcing the law on vehicles.