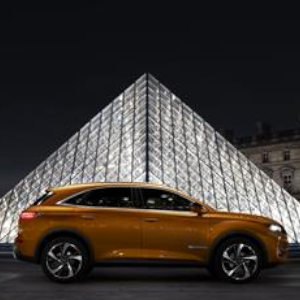 DS Automobiles has chosen Paris – a city famous for its bold spirit and stunning architecture – as the face of its global launch campaign.

The brand has teamed up with creative agency Publicis La Maison and director Rob Chiu (Standard Films) to produce a film to mark the launch. The piece takes viewers on a night-time drive around some of the city’s most iconic sights like the Louvre Pyramid, the Eiffel Tower and the Louis Vuitton Foundation building – each echoing the DS 7 CROSSBACK’s tenacious styling, and each, in their day, sparking controversy between avant-gardists and traditionalists. And every time, it was the avant-gardists who won out.

The film is an allegory for the history of DS Automobiles and its new flagship SUV, showing how those who pursue excellence must push boundaries, tear up the rulebook and forge their own path.

In a fiercely competitive yet increasingly standardised market, DS Automobiles has always done things its own way. That will not change. The brand’s appeal to avant-gardists everywhere is distilled into its campaign signature – ‘Audacity drives to excellence’.

The film will debut on the evening of Sunday 18 February ahead of the eagerly anticipated new series of Homeland on Channel 4.

DS 7 CROSSBACK: FIRST OF THE NEW GENERATION DS MODELS
The DS 7 CROSSBACK is the first of the new-generation models from DS Automobiles, ushering in a new era. With its charismatic design, cutting-edge technologies and refinement down to the last detail, it offers drivers peace of mind at the wheel. The DS 7 CROSSBACK, the new SUV by DS, encapsulates the brand’s ambition – to embody French expertise in luxury in its cars.

On sale in the UK from mid-February, trailblazers and trend enthusiasts looking for a new and premium automotive experience with unique sensations will have many choices. DS 7 CROSSBACK is available with four different interior styles (DS Inspirations), four high performance, punchy and efficient engines and 15 high-tech features, with UK prices at launch from £28,050 to £43,535 (£50,000 with the DS 7 CROSSBACK PHEV E-Tense 4X4 arriving in 2019).

With over 15 breakthrough innovations, the cutting-edge technological equipment available on DS 7 CROSSBACK gives further levels of peace of mind to the driver with greater ability to use the performance provided by the efficient power units. Available as an option, the customer can choose to add DS CONNECTED PILOT – a first step towards autonomous driving (standard-fit on ULTRA PRESTIGE models), with the cost-option of DS NIGHT VISION for day and night visibility. DS DRIVER ATTENTION MONITORING is another safety feature, able to detect signs of fatigue or distraction in the driver.