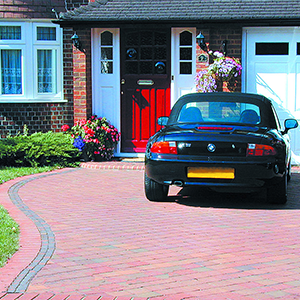 New research from YourParkingSpace reveals that income from renting out a driveway is outstripping the average UK wage growth.

The YourParkingSpace statistics showed that driveway owners in almost 30 towns and cities across the UK made on average more than £1,000 each in 2017.

Figures from the Office of National Statistics show the average annual UK salary at £27,271, which would equate to almost a 4 per cent increase if making an extra £1,000 with YourParkingSpace.

“It means that shrewd driveway owners can actually beat the wage squeeze by using their driveway as a money-making asset.”

YourParkingSpace figures also show that driveways and empty parking spaces across the UK made their owners £12 million in the past year with YourParkingSpace.

Harrison added: “With a wage squeeze hitting millions of Brits, and with little signs of things improving soon, this is one way that driveway owners can add to their income without having to get another job or even asking the boss for a pay rise, which could backfire spectacularly!”

Harrison concluded: “Many UK households are at breaking point. It also seems that prices for everything just keep going up, from utility bills to shopping at the supermarket, while wages stagnate.

“There’s little respite for many. However, it’s not all doom-and-gloom as in 2017 alone we saw 25,000 driveway owners list their driveway with YourParkingSpace so that they could start making extra money.

“Our figures also show that you don’t need to live in one of the UK’s largest cities to do well, as even less obvious places such as Bradford, Stockport, Gloucester and Sunderland all made around £1,000 a year on average for their residents who listed their driveway with YourParkingSpace.”