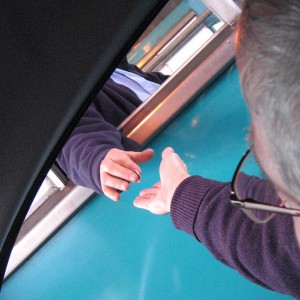 Tolls should not fund the £1.5billion A14 revamp, the Freight Transport Association, RAC and Campaign for Better Transport have insisted.

The Highways Agency confirmed yesterday that the A14 between Cambridge and Huntingdon would enjoy the bumper investment, but the three industry bodies are calling for industry consultation on the project.

A new 12mile Huntingdon bypass will be constructed as part of a package of improvements on the 22mile route, funded mostly by central government, local authorities and local enterprise partnerships.

However, the industry is concerned that the shortfall will have to be picked up by those using the route, including the transport and logistics industry.

David Bizley, Technical Director of the RAC, said: “Piecemeal actions such as this are an unwelcome move and not necessarily a solution to the problem of serious congestion.

“The decision to create a toll on the A14 may well be particularly unpalatable for motorists and businesses due to the absence of an alternative route, such as exists with the M6.

“We have also heard loud and clear from motorists that, given the huge sums of provided to government through motoring taxation, tolls need to be instead of rather than on top of these levies.

“So, if the government wants to charge for motorists to drive on them, then this needs to form part of a review and rebalancing of the different forms of motoring tax in general.”

Malcolm Bingham, Head of Road Network Management Policy at the FTA, added that the Association only support the upgrade if it comes without the burden of tolling.

“FTA welcomes at long last a commitment to fund the upgrading of this essential strategic piece of infrastructure,” he said.

“But tolling is always bad news for the logistics industry as it is always taken as a threat of extra cost.

“FTA members realise that without tolling, it will be difficult to raise the necessary funding for new infrastructure, but our members want to ensure that any tolling that is put in place is reasonable and fit.”

However, Sian Berry, Sustainable Transport Campaigner at the Campaign for Better Transport, insisted freight should be taken off the roads and instead put onto rail.

“The government’s own research shows that building this huge bypass and then charging a toll will drive large amounts of new traffic onto local roads, blighting communities and potentially turning the area between Cambridge and Huntingdon into one big snarl up,” she said.

“We need to ditch these daft proposals and give people choice in how they travel, invest in decent public transport and get freight off the roads and onto rail.”

Image courtesy of Dogfael, with thanks.