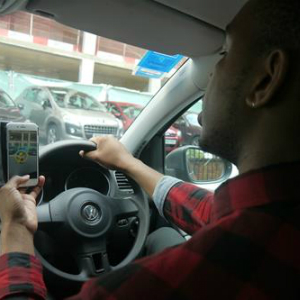 With the world going Pokemon GO crazy, UK road safety charity IAM Roadsmart is urging motorists not to go on the hunt for Squirtle on Spaghetti Junction, Jigglypuff on the Hangar Lane gyratory or Magikarp on the M4.

The new Pokemon Go mobile phone craze has swept the world this week, and is available in the UK today – but IAM RoadSmart has reminded drivers not to play the game while at the wheel of their cars.

The game allows you to seek out Pokemon characters in real life settings via your mobile phone. But IAM RoadSmart fears that young drivers especially could go on the search for Pikachu and his friends on the roads.

Samson Ruwangu, IAM RoadSmart digital content executive, 23, said: “Kids and adults alike are going crazy for this game. But the risk is that some people are going to be playing it at the wrong time – and driving a car is the last place you should be looking for Pidgey, Rattata or the others.

“I nearly tripped over playing this game. Pokemon GO makes you concentrate on catching characters and it takes both hand and eye coordination.”

Research conducted last year by IAM RoadSmart showed the extent to which smartphone use had become an addiction to some.

Eight per cent of drivers admitted to driving while using a video-calling application such as FaceTime and Skype to make and receive video calls, rising to 16 per cent among 18 to 24 year olds.

Samson added: “While looking out for Eevee, Weedle and the rest is great fun, it is important to keep concentration on what matters – and that’s keeping your eyes on the road. Psyduck can wait for later.”