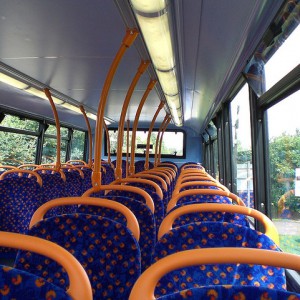 Government bus cuts and hiked fares are under fire after figures showed a whopping 70MILLION fewer bus journeys were made in 2012/13.

The 1.4% drop in trips, highlighted in the Department for Transport’s Annual Bus Statistics for England report, is worsened by a 4.7% increase in fares.

“Year on year, we are seeing higher fares and fewer services.

“This is a false economy, preventing people from taking up job opportunities and hitting the poorest in society with massive hikes in travel costs.

“Buses are the lifeblood of the UK economy yet the economic, social and environmental importance of buses is not being recognised by those in power.

“It is time for a new approach to be taken by government and for them to harness and realise the massive potential of buses.”