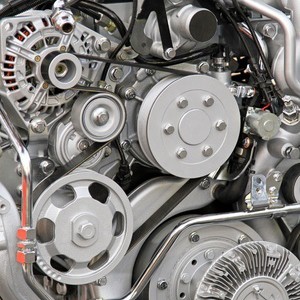 As the government announces plans to ban the sale of petrol and diesel cars by 2040, the motor industry professional body, the IMI, is highlighting the skills gap that could seriously undermine these goals.  It Is also concerned that a diesel scrappage scheme may just be a ’token gesture’.

“Whilst we are waiting for the details of the diesel scrappage scheme, we understand that it will have a 10 year limit”, explained Steve Nash, CEO of the IMI.  “This means it will basically cover mainly EU-3 emission standard and older.  However, EU-4 for diesel was introduced in January 2006 and remained in force up to January 2011.  There will be a huge number of EU-4/5 cars on the road as those standards ran though the peak registration years, especially EU-5 which covered the period from January 2011 to September 2015.  None of these cars have the Adblue (Urea) treatment introduced with EU-6 which significantly reduces the NOx emissions which are now the main cause of concern regarding air quality.

“So in short it seems that the scrappage scheme is likely to be a something of a token gesture.

“Of course, the adoption of electric and hybrid is a vital piece in the jigsaw and whilst there have been a 47% growth* in these vehicles this year, more needs to be done to give motorists confidence that the support is there if they make the switch from diesel and petrol engines to electric and hybrid alternatives.”

The IMI found insurance costs for ultra-low emission vehicles can be up to 50% higher than for petrol or diesels equivalents and warns these won’t become more competitive until more people are qualified to work on them.

Currently only 1% of all technicians have been trained to work safely on the high-voltage technology, of which almost all of them work exclusively for manufacturers franchised dealers.

“The IMI is continuing its campaign for the introduction of a licensing scheme for those working on the high voltage vehicles, and we’ve asked the government to contribute £30m to support the uptake of the necessary training”, added Steve Nash.  “In order to facilitate this and help clarify the competencies required for working on these vehicles, the IMI has launched a new Electric & Hybrid Vehicle qualification along with the appropriate support materials.”