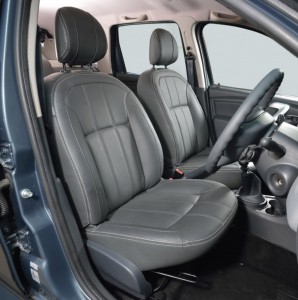 The award-winning Dacia Duster is now available in a Goodwood Festival of Speed special Black Edition.

Meaner and sportier than its standard counterpart, the £17,575 Ambiance dCi 110 4×2 Black Edition is loaded with extras.

The Black Edition was a one-off creation exhibited at this month’s Goodwood Festival of Speed.

Overwhelming interest has resulted in the car now being available to be ordered by UK customers, with first deliveries from October.

Phil York, UK Marketing Director of Dacia, said: “The Dacia Duster Black Edition is a mean, more upmarket version of what is already a great-selling vehicle.

“I challenge anybody to drive home such a great-looking SUV, with or without 4×4, with so much kit for anywhere near the money.”

Dacia only launched in the UK in January, but has already cleaned up nine major awards and taken 4,000 orders for the Duster SUV.