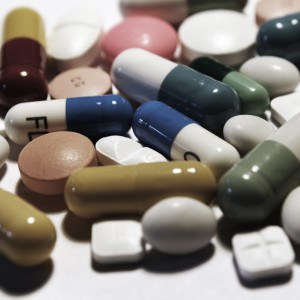 In planned legislation to make it easier to prosecute offenders, Mr Hammond revealed all substances proven to impair driving would suffer a clamp down.

Cannabis, ecstasy, cocaine, ketamine, Benzoylecgonine, methamphetamine, LSD and 6-monoacetylmorphine will all be included under government proposals.

Limits for eight controlled drugs that have recognised and widespread medical uses but which can also affect driving ability are also being mooted.

In the vast majority of cases, the new limits will avoid catching out drivers who have taken properly prescribed drugs in accordance with professional directions.

Those who have consumed a very small amount of an illegal drug inadvertently should also be safe from prosecution.

“That is why we are proposing to take a zero tolerance approach with those who drive under the influence of illegal drugs and sending a clear message that this behaviour will not be tolerated. “We have also put forward our proposals for dealing with drivers who use specific prescribed drugs.

“We know that the vast majority of people who use these drugs are doing so responsibly and safely and that is why our approach does not unduly penalise drivers who have taken properly prescribed medicines. “Together, these proposals will make our roads safer for everyone by making it easier for the police to tackle those who drive after taking illegal drugs and clarifying the position for those who take medication.”

In January 2012, the government announced a new offence of driving with a specific controlled drug in the body above a specified limit would be introduced.

Today’s proposals follow a report published in March by a panel of medical and scientific experts which provided advice to the government on drug driving.

Julie Townsend, Deputy Chief Executive of Brake, the road safety charity, said: “Brake is very pleased to see the government proposing zero tolerance limits for illegal drugs and driving, which would send a clear message that drug driving at any level won’t be tolerated.

“Brake has campaigned for many years for the law on drug driving to be improved, to enable more deadly drug drivers to be caught and prosecuted before they cause destruction.

“We therefore welcome progress being made by government and hope to see this continuing apace, including roadside screeners being approved through the Home Office in time for this important new law coming into force.”

While the draft regulations proposed are in relation to England and Wales, the consultation on the approach to the different policy options has been extended to Scotland.  The consultation starts today and closes on 17 September 2013.

Image courtesy of E-MagineArt.com, with thanks.