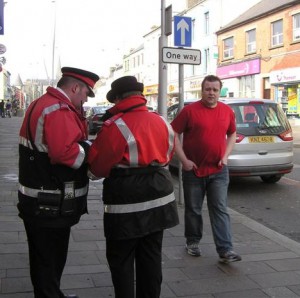 Greater consistency is required regarding the time delivery drivers are allowed to stop on double-yellow lines, the Freight Transport Association (FTA) have insisted.

A 50% leap in the number of penalty charge notices (PCNs) being issued in London has led the FTA to call on their members to train drivers in identifying PCN hotspots.

The FTA’s PCN Survey 2012 showed 27 companies paid £2.9million in fines with the rise in costs directly related to the increase in the number of PCNs issued on the capital’s roads.

With 33 different London boroughs, all applying their rules in different ways for loading and unloading, it is impossible for drivers to know exactly what they can and cannot do, the FTA claim.

Often depending on the size of vehicle, as well as the time of day the delivery is being made and lack of clear signage to indicate the time allowed to make that delivery, drivers face difficult choices.

Companies delivering goods on the roadside in London typically attract PCNs, albeit quite innocently.

Although such fines are often successfully contested – which itself costs time and money – many, however, are not.

Natalie Chapman, Head of Policy for London at the FTA, said:  “One of the issues with yellow lines for delivery drivers is that there are no signs to indicate exactly how much time is permitted for loading and unloading, and as this changes from borough to borough throughout London, drivers can’t possibly be expected to know how long they have to make their deliveries.

“Commercial vehicle operators have grown smarter when dealing with the problems of making deliveries in the unfriendly roadside environment of central London, but the findings of the FTA survey suggest that there is a need for them to improve their understanding of how certain parking restrictions apply.

“As well as training drivers and identifying PCN hotspots, a well-targeted and intelligent approach to appealing unfair PCNs could save some companies hundreds of thousands of pounds a year.”

FTA operate a PCN Administration Support service for members, with a range of compliance and support materials.

Image courtesy of Kenneth Allen, with thanks.