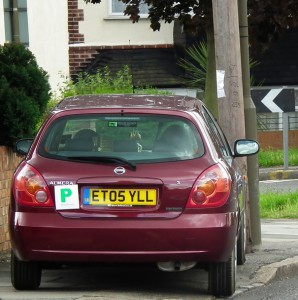 PASSED: Is the driving test enough?

In a message to the government, the MSA said the growing number of new drivers killed or seriously injured in traffic collisions required urgent action.

John Lepine MBE, General Manager of the MSA, said: “At present new drivers make up a disproportionate number of casualties on our roads.

“Around a quarter of all deaths come from this group but they represent only 10% of drivers.

“To reduce this appalling statistic we believe it is time the government extended the learning to drive process beyond the current L-test.”

Pass Plus was introduced in 1995 to broaden new drivers’ training, but take-up has never been very high.

“A few years ago take-up was approaching 20% of all new drivers,” added Mr Lepine.

“However, over the past five years numbers have declined to under 6%.

“The government must now either make this scheme compulsory or introduce some other statutory scheme to address this issue.

“Another solution may be to allow learners on to motorways and to introduce a required syllabus for all new drivers, ensuring that all the elements of Pass Plus are covered before the driving test.

“It is vital that if we are to prepare the next generation of drivers properly for our roads, they are given as much supervised training and gain as much experience as possible.”

The government will unveil a Green Paper on young drivers in the autumn.

Extending the Pass Plus scheme, allowing ADI-supervised learners on motorways and restricting new drivers after they pass their test are options being considered.

Image courtesy of kenjonbro, with thanks.