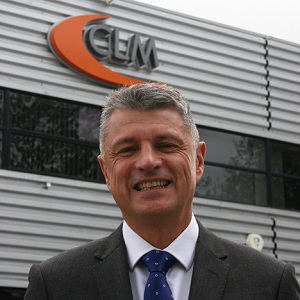 The research, carried out by fleet management specialist CLM which manages around 15,000 vehicles on behalf of corporate clients, looked at the intentions of 400 drivers when it came to buying or selecting their next car.

Sales of AFVs rose in by 88.7% in August with a record one in 12 buyers going electric, according to the latest figures from the Society of Motor Manufacturers and Traders.

But despite this sales spike which saw AFVs claiming a record 8% market share, there remains a significant discrepancy gap between drivers that state that they would consider a non-conventional vehicle and those actually choosing to own or run one.

According to the CLM research carried out over the course of the last year, there is strong intention amongst drivers to consider all of the main types of AFV – pure electric, plug-in hybrids or conventional hybrids – as their next vehicle.

However, such buying intentions have not translated into actual sales, with the year to date market share of AFVs at just 5.8% of registrations, with 91,069 AFVs sold so far this year in a total market of more than 1.57 million new cars.

The gap between consideration and final choice is most apparent for pure electric cars which have made up just 0.57% of vehicle registrations in the first eight months of 2018. PHEVs have found more homes with 1.83% of total registrations and HEVs more still with 3.38% of registrations.

John Lawrence, Managing Director at CLM, said that the discrepancy gap between actual sales and intentions still appeared to result from a lack of understanding and education.

“We have seen the choice of AFVs grow considerably in the last year, and while this will certainly have helped to find new adopters, there are still many people who don’t understand the technology and how it performs.”

Lawrence cited other findings from the research as evidence of the lack of knowledge in this area.

“While 64% of drivers were able to choose a correct definition of a pure electric car, only 38% managed the same task for HEVs and just 26% for PHEVs. If we are still struggling with basic understanding, it’s not very surprising that when it comes to the crunch drivers stick with what they know.”

The research also found that drivers expected a relatively positive reaction from friends and family if they were to choose an AFV for their next vehicle, with 61% stating that the reaction was likely to be positive or very positive and a further 35% anticipating a neutral reaction.

Lawrence said that from a company perspective, decisions about the type of vehicle to run still had to be made on a hard-nosed, pragmatic and cost-effective basis, regardless of driver intentions.

“If the nature of your business demands a large number of short, urban journeys, then plug-in hybrids or even pure EVs can be the perfect choice for your drivers.

Lawrence pointed to the example of a driver wanting to select a plug-in hybrid to minimise BiK liabilities.

“For a start there’s the higher P11D value to consider. Then you have to look at whether the driver is realistically able to optimise the use of the vehicle by maximising the mileage covered in electric-only mode. This would mean ideally being able to charge the car both at home and at the workplace.

“If this isn’t possible, then fuel consumption is likely to be far higher than an equivalent diesel. Where this is the case, businesses need to seriously consider whether such drivers should be allowed to choose this type of vehicle,” he added.

The CLM research looked at a wide range of factors influencing drivers’ attitudes towards AFVs. A full report based on the findings will be available in the coming weeks.