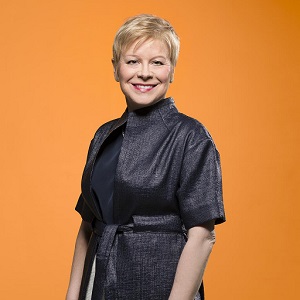 Linda Jackson, Citroën’s global Chief Executive, has been named as “the most influential British woman in the motor industry” for a second time. The top 100 British women working in the automotive sector have been named by Autocar, in partnership with the Society of Motor Manufacturers and Traders (SMMT). It was Linda’s leadership and successful repositioning of the iconic French brand that most impressed the panel of expert judges. Citroën UK’s Marketing Director, Souad Wrixen, was also selected in the list, just months after her appointment to the role.

Citroën’s global CEO, Linda Jackson, has been named as “the most influential British woman in the motor industry” by the UK’s longest-standing weekly motoring title, Autocar.

It is the second time Linda has headed the Autocar Top 100 list, having previously been the winner back in 2016. Linda is joined in the top 100 by Citroën UK’s Marketing Director, Souad Wrixen.

A panel of judges, which included experts from Autocar and, motor industry trade body, the SMMT, selected Linda in recognition of her leadership, and the successful repositioning of the Citroën brand and its model range. Linda is the first-ever British CEO of the iconic French automotive brand and the first woman to hold the position.

Souad was also recognised in the Top 100 after being promoted to the position of UK Marketing Director in September 2017. Souad oversaw the introduction of Citroën’s new “Inspired By You” brand signature and is a valued member of ‘Women Engaged for PSA’, an initiative that encourages women to take up senior roles within the PSA Group.

Linda Jackson, who also won the ‘executive category’ award, said: “It’s an honour and testament to the hard work from everyone at Citroën that has helped build on what has been such a successful few years.

“There is a huge wealth of talent in the sector and it’s a truly exciting industry to be a part of, especially as automotive is one of the most pioneering industries when it comes to future technology. I hope this Autocar award inspires even more women to pursue a career in this industry at all levels.”

The annual Autocar Great British Women in the Car Industry awards pick the top 100 British women working in the automotive sector to celebrate the role they play in the industry, address the challenges they face and inspire the next generation.

Autocar’s Editor, Mark Tisshaw, said: “Linda’s four-year tenure leading Citroën has overseen a remarkable and meteoric rise for the brand. The car industry needs more Linda Jacksons; she’s not only a role model, but an example to women wanting to work in the car industry that the sky is not the limit if you have the talent and determination.”

“While there are certainly challenges in the car industry, it’s heartening to see such a wealth of outstanding British women thriving in an array of roles and in the most senior positions.

“There is plenty of work to be done but, by highlighting the considerable impact of these women, we hope we can inspire more women into our amazing automotive world.”