Fleets face delays of more than a year for company car orders as well as changes to original specifications as vehicle manufacturers grapple with the shortage of key components, including semi-conductors. 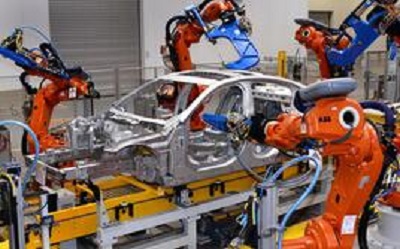 Jaguar Land Rover (JLR) has warned leasing companies that lead times for 53 model variants are now in excess of one year.

“Although these can remain open for quoting and ordering on your systems if you choose, your supplying Retailer will not be in a position to accept orders for these derivatives due to extended lead times,” said the briefing note from JLR.

However, the manufacturer added that a large number of models are still available for order, including the Jaguar I-Pace and F-Type, as well as alternative derivatives of the delayed cars, including plug-in hybrid versions of the E-Pace, Discovery Sport, Evoque and Defender 110.

In an official statement, JLR said, “Like other automotive manufacturers, we are currently experiencing some Covid-19 supply chain disruption, including the global availability of semi-conductors, which is having an impact on our production schedules. We continue to see strong customer demand for our range of vehicles.

“We are working closely with affected suppliers to resolve the issues and minimise the impact on customer orders wherever possible.”

Fleet customers, said JLR, should address any questions to their local retailer.

The wireless charging of mobile phones, hands-free access to the boot (by kicking under the rear bumper), multibeam LED headlights and certain audio systems are among the features to disappear from the standard specification of certain cars, with AMG-line derivatives particularly affected.

A statement from Mercedes-Benz said that all customer groups are affected by the current delays.

“Regardless of the model, we take into account how long a customer has been waiting for their vehicle and try to prioritise accordingly,” it said.

“Nevertheless, handovers to customers are strongly dependent on the individual equipment and the short-term availability of parts.”

Customers can check the specification of their car can do so via the Mercedes-Benz Online Showroom (shop.mercedes-benz.co.uk), or by speaking to their retailer.

As a leading global manufacturer, Mercedes-Benz AG expects that the worldwide shortage of supply of semiconductor components will continue to affect its business in the second half of this year.

“Manufacturers are prioritising registrations in their most profitable channels, namely retail, meaning less short-cycle rental, company cars and demonstrators are being registered,” it said.

“They are also diverting build slots to the most profitable models due to component supply issues and removing some items from cars, allowing fewer semi-conductors to be required.”

The impact to JLR and Mercedes-Benz from the semiconductor shortage comes as Toyota announced a 40% cut in worldwide production in September.

Every car- and van-maker is being impacted by the computer chip crisis, with some delivery times for vehicles. Almost 95% of fleets responding to a Fleet News poll said they were experiencing vehicle delays.

Fleet decision-makers were warned at the start of the month that the global semiconductor shortage will have a greater impact on the automotive industry than the pandemic.