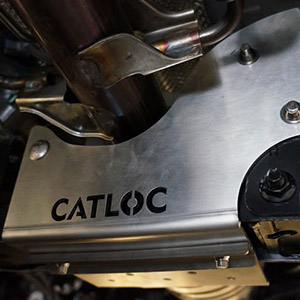 Halfords, who have more than 300 centres nationwide, will now fit Catloc solutions purchased either from themselves directly or from elsewhere.

Solutions developed by Catloc to combat such theft contain a police and Thatcham-approved marking and registration system.

Paul Chase, Managing Director of Catloc, said “Partnering with Halfords was an obvious choice for us as they are such a well-known brand who is trusted in the marketplace.

“We believe this partnership will offer motorists and fleet operators an easy and cost effective way of protecting vehicles from catalytic converter theft.”

“Partnering with Halfords was an obvious choice for us as they are such a well-known brand who is trusted in the marketplace.”

However, according to the results of a recent freedom of information request, there is a growing trend for thieves to target any vehicle with a catalytic converter, including saloons, hatchbacks and sports cars.

Thieves target catalytic converters as they contain precious metals like platinum, palladium and rhodium and are easily removed with no specialist tools required.

They can then sell on the parts either via the second hand market or to scrap dealers for anywhere between £50 and £400.