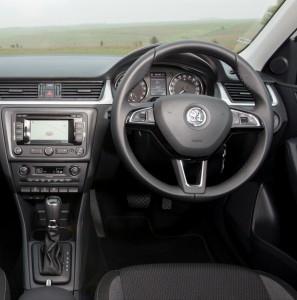 Car interiors will change dramatically over the next few years as designers harness apps to replace traditional controls, an industry expert has predicted.

Marwan Khiat, 29, worked as Interior Designer on the newly-launched Skoda Rapid Spaceback, and claims cars will become more personalised as owners load it with their own apps.

Mr Khiat claims one example where apps could be successfully used would be the heating and ventilation controls.

“If they were controlled by an app it would allow us to get rid of up to ten switches,” he said.

“Apps make the car my car, or my girlfriend’s car, and the interior becomes a living space.

“We need to get rid of this idea that it’s a car.”