Car Clocking A Big Problem And Puts Passengers At Risk 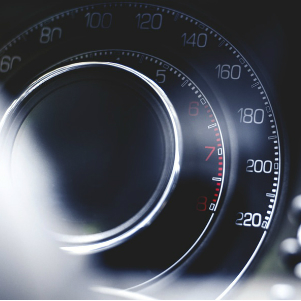 New research and investigations from automotive experts HPI and consumer group LicensedTransportUncovered.com (LTU) has revealed that private hire, minicab and chauffeur customers are at risk due to an epidemic of clocking, with hundreds of millions of miles being removed from odometers across the UK every year.

HPI and LTU have teamed up to warn of the dangers that clocked private hire, minicab and chauffeur-driven vehicles pose to the public who may be unwittingly putting themselves at serious risk every time they use one. The illegal practice of clocking revealed by an LTU investigation, takes place when drivers look to cut corners by saving on maintenance costs and deliberately defraud second-hand car buyers, when the vehicle is sold on.

HPI, the UK’s leading authority on vehicle checking services, estimates that used car buyers have a one in 20 chance of purchasing a vehicle with a mileage discrepancy, with the practice costing motorists £800 million every year*.

An investigation by (LTU) found hundreds of private hire, minicab and chauffeur-driven vehicles in the north west of England operating with clocked mileage. Post private hire usage, some vehicles went to dealers and were offered for sale at inflated prices.

The investigation found that one driver removed 114,000 miles from his Toyota. A Mercedes-Benz with 180,000 miles off the clock was on sale for £20,250 when it was really only worth £11,150 with its true mileage reading. In the worst case found as part of the investigation, a staggering 460,000 miles had been removed from the odometer of one private hire vehicle.

Chris Hargreaves, of LTU, said: “Clocking within the private hire, minicab and chauffeur industry has reached epidemic proportions and something needs to be done to prevent this unscrupulous practice before a real tragedy happens.

“The 330 clocked cars we found had about 80 million miles removed but that was just in the north west of England. UK-wide it’s safe to say that hundreds of millions of miles must have been wiped out thanks to clocking.”

“It’s truly shocking to discover that reputable leasing companies are giving out lease agreements to the industry based on as little as 10,000 miles per year – 27.3 miles per day! Surely neither the vehicle manufacturers nor the leasing companies have to be in the industry to see the warning signs. In most local authority districts a licensed vehicle has to be doing at least 1,000 miles a week to make any money. So why is any lease deal being done for less than, say, 50,000 miles per year? If any thought was given to these transactions, the ridiculously low mileage lease deals would never be signed up in the first place.”

HPI and LTU believe that as pounds and pence increasingly take precedence over public safety a major clampdown is urgently required.

Barry Shorto, head of industry relations at Cap HPI, said: “Our valuation data conclusively shows the potential cost to dealers and motorists of the clocking problem. With clockers able to add thousands of pounds onto the value of a car, unsuspecting buyers stand to lose out, as do dealers. That’s why we advise retailers and consumers alike to conduct a vehicle history check to spot a mileage discrepancy before they buy.

“It can be almost impossible to tell a clocked vehicle just by looking at it, which makes a vehicle history check an even more vital form of protection for buyers. A clocked vehicle could be hiding serious levels of wear and tear, especially if it has been previously used as a high mileage private hire vehicle for a couple of years, meaning the additional cost of unexpected repairs or even a potentially serious safety threat to driver, passengers and other road users. An HPI Check can help protect consumers from buying a vehicle with something to hide, saving them cash and keeping them safe.”

The HPI Check includes a mileage check against the National Mileage Register as standard, now with over 200 million mileage readings. HPI also confirms whether a vehicle is currently recorded as stolen with the police, has outstanding finance against it or has been written off, making it the best way for consumers to protect themselves from fraudsters looking to make a fast profit.

Register (NMR) checks and investigations have grown by over a third in the last five years.

Added Barry Shorto: “Not only should dealers make conducting mileage investigations an integral part of their business process, to protect their reputation and their customers, they need actively to promote the fact to their customers that these checks have been done. Our data confirms that consumers are seeking peace of mind against clocking, yet some dealers are choosing to overlook this. Proof of a mileage check should be a key part of a dealer’s sales strategy, promoting the quality of their stock, as well as highlighting the dangers of clocking for their customers.”

As part of its investigations, HPI found: