Calls to replace HS2 with an autonomous vehicle superhighway 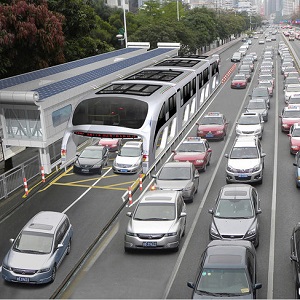 A keynote speaker at this year’s Future of Transportation Conference proposes transforming the outdated HS2 rail project into the world’s first autonomous car and truck superhighway, at a fraction of the railway cost.

Talking in Cologne earlier this week Tony Robinson, expert in the autonomous vehicle and transportation environment and founder of the conference, said, ‘Right now we have the possibility of leading the digital revolution in transportation. Creating a superhighway for autonomous vehicles would be a far more efficient and cost-effective solution compared with building an outdated rail network. We already have a rail industry crisis. We’ve all-but nationalised our rail services and now we are spending £45 billion on a new rail network that nobody wants. On the other hand, we could build the world’s first superhighway for cars and freight, which would be a showcase for British industry just when Brexit gives the UK a negative global image. And what’s more, people would embrace an autonomous superhighway as opposed a project that, by the time it’s finished in 2032, will be hopelessly outdated.’

‘The technology for autonomous cars is now substantially ready for mass utilisation,’ continues Robinson. ‘The issue that holds it back is the complexity of the highway infrastructure that autonomous cars are required to operate in. This complexity includes roads that may have been conceived 50 years or more ago, intersections that are outdated and the difficulty of safeguarding pedestrians and other peculiarities of an old roads network. With the creation of an entirely new infrastructure that is in effect what HS2 is giving rise to, the UK will have a readily utilisable landscape for the operation of Level 5 autonomous vehicles, the level at which drivers can literally sit back and relinquish control. Benefits include the potential for vehicles to ‘platoon’ very close together, which will result in better capacity utilisation of the road network as well as better fuel efficiency, particularly in the case of commercial vehicles. Statistics relating to cost universally suggest building a multiple lane motorway is a lot less expensive than building a lesser capacity railway. The potential for a huge cost reduction for the British government and tax-payer, money that could be better channelled into the NHS. Indeed, in terms of savings a fully autonomous superhighway actually has the potential to eliminate accidents altogether.’

Finishing his speech Robinson concluded, ‘We have a fantastic, one-off opportunity. Let’s not be so wedded to old fashioned thinking that we miss it altogether. The decisions being made now will be fundamental to 2030/2040/2050. Let’s get it right!’