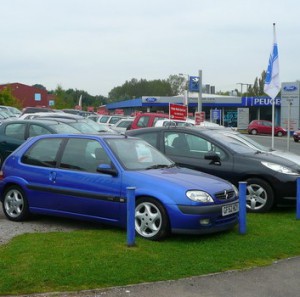 Car dealers are optimistic about the outlook for motor finance, a new Finance and Leasing Association (FLA) survey has shown.

Results show that 53% of respondents expect growth in the Light Commercial Vehicle finance market, with almost a quarter expecting growth of more than 10%.

Elsewhere, 83% of respondents expect growth in the retail new car finance market, with 35% expecting growth of between 10% and 20%.

Meanwhile, 95% of respondents expect growth in the retail used car finance market, with more than a fifth (21%) expecting growth of between 10% and 20%.

However, several potential risks in the year ahead were also highlighted, including any weakening of the economic outlook leading to falls in business and consumer confidence.

Another concern was increased uncertainty regarding the transfer of consumer credit regulation to the new Financial Conduct Authority (FCA).

The FLA are working with the government and regulators to try to ensure the new regulatory regime for consumer credit is proportionate.

While progress has been made, the FLA say they still have concerns about the timetable and transitional arrangements, and remain in close dialogue with policymakers.

Paul Harrison, Head of Motor Finance at the FLA, said: “The survey brings together the views of leading executives and it is quite clear that they want a new regulatory regime which does not harm competitiveness or the availability of credit for consumers.

“Even though the new regulatory regime comes into force on April 1, 2014, on the Government’s current timetable the final rules will only have been published the previous month.

“A sensible transition is needed to ensure the industry and the new regulator is ready for what will be the biggest upheaval in consumer credit regulation for a generation.”

Image courtesy of Jonathan Billinger, with thanks.