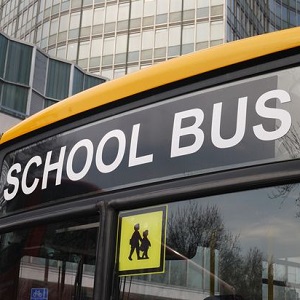 Three school coaches were taken off the road in Bristol after inspectors found all to be in dangerous condition, raising further questions about the industry’s capacity to self-regulate.

Despite losing an operating licence a year earlier, Bill Phillips continued to run a coach company by moving the licence to the name of another individual, again putting the lives of his customers at risk. In this case, inspections were not carried out on the vehicles for over a year as the coaches were transporting children to school carrying dangerous defects. Routine and regular safety inspections – which are standard for most operators – were ignored.

This incident of safety negligence in the public service vehicle (PSV) sector has again called into question the level of professionalism of some operators and has prompted renewed calls for workshops to be certified through IRTE Workshop Accreditation (WA) and technicians maintaining these vehicles to have an irtec licence.

John Parry, Chair of the irtec Steering Group, said: “In this instance, the operator does not have the right attitude to be running a fleet of PSVs. This time they were lucky. But how many other operators are out there running vehicles for the public without any safety standards in place? In the absence of regulation, my advice would be to make an irtec licence for technicians a requirement for all operators of PSVs, and that they maintain those vehicles in workshops that are accredited by IRTE. It’s become too important to ignore this any longer.”

Many leading operators now consider the irtec licence as the minimum standard. Arriva, which runs local bus services throughout the country, is accrediting its technicians to the irtec standard and has had many of its workshops independently audited with IRTE. Tower Transit has done the same.

In April, DVSA launched the earned recognition scheme, which helps bus and coach operators prove they meet vehicle standards by sharing performance data with the regulator. Operators with irtec-licenced technicians or IRTE-accredited workshops can qualify for exemptions under the new scheme.

John continued: “Any member of the public, trained in vehicle maintenance or not, can try and fix a school bus – or any bus for that matter. Without regulation, which still does not seem likely, all we can do is make sure that individuals working on these vehicles are accredited to minimum standard. Without that, what are we left with? Anyone who thinks they can fix a bus or coach – a vehicle that often carries between 20 to 30 men, women or children – can try their hand keeping it on the road. For me, that is incredibly dangerous. The irtec licence gives assurances that the individual working on the vehicle are of a required standard and WA allows workshops to prove best practice procedures are in place.”