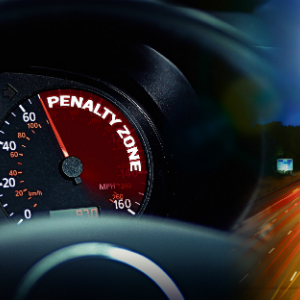 BMW drivers are more likely than others to break the speed limit, new data suggests.

Research by Admiral MultiCar looked into the data of nearly 300,000 drivers, reviewing the highest instances of speeding in each make and model of car.

They discovered that BMW models appeared six times in the top 10% of the highest speeders, more than any other brand. A quarter of both BMW 420D and BMW M135 drivers were likely to speed, while nearly a third (31%) of Bentley Continental drivers also drove dangerously. Audi drivers fared almost as poorly, with four models appearing in the top 10% of speeders, with the highest being the Q5 (25%).

So who are the good ones? Well, Skoda owners are the least likely to speed. Skoda models appeared most frequently in the bottom 10% sample of speeders, while models of BMW appeared six times in the top 10% of speeders.

Justin Beddows from Admiral said: “It’s interesting how we can use our internal data to build up a picture of certain drivers, like how speeding is tied to certain car models. There’s definitely a trend in owners of more affordable cars being less likely to break the speed limit. The data doesn’t seek to tarnish certain drivers with the same brush, but rather show that these trends do exist.”

The data has been presented in an interactive experience that allows drivers to look at their own driver profile by inputting their car make and model. Admiral and YouGov data have been used to show users’ information such as their favourite hobbies, political affiliation and favourite TV shows, along with likelihood of speeding, and being single.