“The Biggest Night In Motorsport” 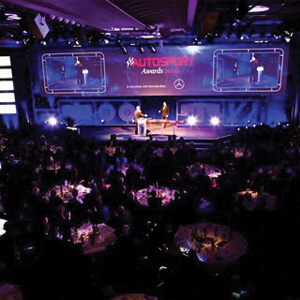 Police in Britain have handed out over 27,000 fines to drivers for illegally using a mobile phone since March this year, when the penalty for the offence doubled, new research by car reviews website Carbuyer has revealed.

In the six months after the Government doubled mobile-phone penalties from a £100 fine and three penalty points to a £200 fixed penalty notice (FPN) and six points, 27,614 drivers have been caught for the act. This equates to roughly 149 drivers a day across the country. Under the new £200 FPN, police across Britain will have earned as much as £5.5million.

The figures, obtained through a series of Freedom of Information requests by Carbuyer to the 44 police constabularies in Britain, also suggest a declining number of drivers are being caught for the offence.

In 2016, the number of mobile-phone offences issued to drivers between March and September was 47,923, while the same period in 2015 saw over 59,000 penalties handed out for the offence – a reduction of 54% over the two years. Since January 2014, Britain’s police forces have issued 348,429 fines for drivers caught with mobile phones.

The March change in penalties was followed by a nationwide enforcement scheme. In March alone, the Metropolitan Police issued 3,353 fines to drivers using mobile phones, with over 8,000 motorists fined across the country over the month.

At the same time, many forces also scrapped their mobile-phone awareness courses as an alternative to points and a fine, following Department for Transport guidance. However, some forces like Durham have had 77 drivers attend a course as an alternative since March.

A spokesman for the National Police Chiefs’ Council said: “It’s too early to tell conclusively whether recent campaigns, higher penalty fines and targeted operations have reduced the number of people using mobiles while driving, but we are working closely with partners to evaluate this.”

RAC road safety spokesman Pete Williams said that another reason for the decline could be the recent drop in full-time roads officers. “Our own research found that there’s still a hardcore of nine million drivers who appear to have not changed their behaviour in the slightest and continue to use their handheld phone,” he added.

How top 10 forces’ fines add up