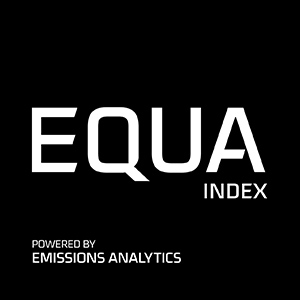 New data from the EQUA Index, powered by Emissions Analytics, shows that a number of diesel cars emit less NOx in the real-world than the Euro 6 regulatory limits, including the first testing under the new Real Driving Emissions (RDE) regulation. These vehicles – 20 of which have been awarded an EQUA Aq ‘A’ or ‘A+’ rating– find that the best-performing diesel engines emit less than 80 mg/km, well within the 2.1 conformity factor limit of 168 mg/km.

The worst-performing 10% of diesels tested since January 2017 emitted 911 mg/km, whereas the best 10% emitted 61 mg/km.  The best Euro 4 diesel scored 402 mg/km, less than half the worst of the current crop of diesels. Across the Euro 5 and Euro 6 stages, the best 10% of diesel engines emitted 46% less NOx than the 10% dirtiest petrol vehicles.

Despite these findings, all diesel cars that have achieved an EQUA Aq ‘A’ or ‘A+’ rating will be placed in a higher VED band from April. Under the change in legislation, announced in November, all diesel cars that have not been tested to RDE2 standards will move up a VED band. RDE is the official testing that measures a vehicle’s emissions in a ‘real world’ driving environment. The second step of RDE, or RDE2, which comes into force from 2020, will ensure than on-road measured emissions are no more than 50% more than the regulatory limit. No vehicles have yet been tested to the RDE2 standard, but some manufacturers may decide to certify to this level early.

Nick Molden, CEO and founder of Emissions Analytics, said: “The most efficient diesel engines continue to improve while some of the worst remain on the market, meaning the confusion for consumers increases rather than diminishes. Diesel sales are falling as a result, and this may lead to cities and governments over-compensating and restricting diesels more than is justified by our evidence.

“The danger is that motorists who bought genuinely clean diesels – together with the manufacturers who made them – suffer the consequences of the general confusion and loss of confidence. We should be alert to the consequences for carbon dioxide and particle emissions as the new car market seems to be shifting back towards petrol cars.”

Recently, Professor Dame Sally Davies, the Chief Medical Officer for England, called for immediate action to address and avoid negative health impacts of pollution. In her annual report, the Chief Medical Officer recommended that government’s national standards for air pollutants should be increasingly stringent, while being transparent and easy for consumers to understand.

The EQUA Index, which is cited in the Chief Medical Officer’s report, provides consumers with a simple way of understanding a car’s on-road NOx emissions. The Index awards every car on sale today a ‘A+’ to ‘H’ rating depending on the amount of NOx it produces in the real world, contributing towards a better understanding of the contributing factors of air pollution caused by engine emissions.