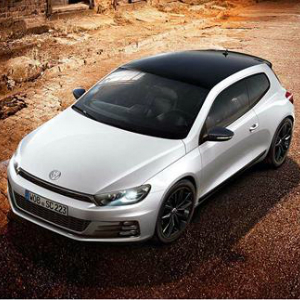 Now Volkswagen is boosting the Scirocco’s desirability yet further with the UK launch of two special edition versions – both available to order in dealers now – that add not only extra style but also enhance the four-seat coupé’s already-strong value proposition.

The third generation Scirocco made its global public debut at the Geneva Motor Show in March 2014 – 40 years after the original debuted – and comes with a range of advanced engines that offer up to 280 PS yet also promise both impressive performance and fuel efficiency.

Styling highlights include eye-catching headlight and LED tail light designs, a front bumper featuring aerodynamic ‘blades’ in the outer section and, inside, a dashboard containing an auxiliary instrument cluster above the centre console consisting of chronometer, charge pressure and oil temperature gauges.

Under the Scirocco’s purposeful bonnet lies one of six turbocharged direct-injection petrol or diesel engines, all of which meet EU6 emissions standards and return between 67.3 and 35.3 mpg. Every model in the range except the R feature BlueMotion Technology additions, meaning they come as standard with Stop/Start and brake energy recuperation systems.

Performance over the 0-62 mph sprint ranges from 9.3 seconds to 5.5 seconds, depending on engine and transmission choice, while top speeds, where legal, range from 126 mph to 155 mph (limited).