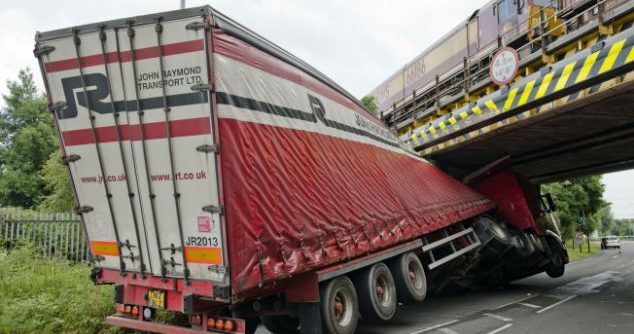 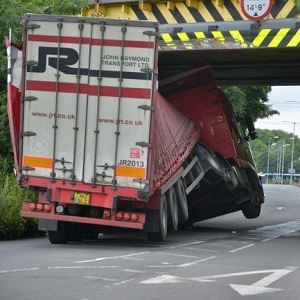 An average of five striking incidents happens across the country every day, costing millions of pounds of damage and major delays and disruption to trains, deliveries and the general public.

There are currently 1,800 incidents occurring each year relating to heavy goods vehicles striking bridges, according to data from Network Rail. Each incident is estimated to cost up to £13,500, including bridge repairs and compensation paid to operators, which adds up to almost £13 million per year.

New research carried out by Network Rail revealed that 43% of lorry drivers admitted to not checking the height of their vehicle before heading out, with 52% admitting to not taking low bridges into account when planning their journeys.

Once the value of undelivered goods and loss of productivity is considered, the wider cost implications of bridge strikes are thought to be as high as £23 million per year.

Phil Jones, head of sales and marketing at Snooper, Europe’s leading supplier of driving technologies, said: “For more than a decade, we have been providing driving assistance to truck and other professional drivers, helping them to get from A to B quickly, efficiently and, most importantly, safely. To hear that these exceptionally skilled drivers are making a simple mistake that is resulting in so much damage and disruption is what has led us to support the ‘wise up, size up’ campaign, spearheaded by Network Rail.

“By reminding drivers of the correct procedures to follow, including checking the size of the vehicle they’re driving and planning a suitable route, throughout their shift, we hope to keep them ‘bridge aware’ at all points of their journey. There are a wealth of technologies available to help drivers navigate roads safely and efficiently, meaning there’s no reason for these incidents to occur.” 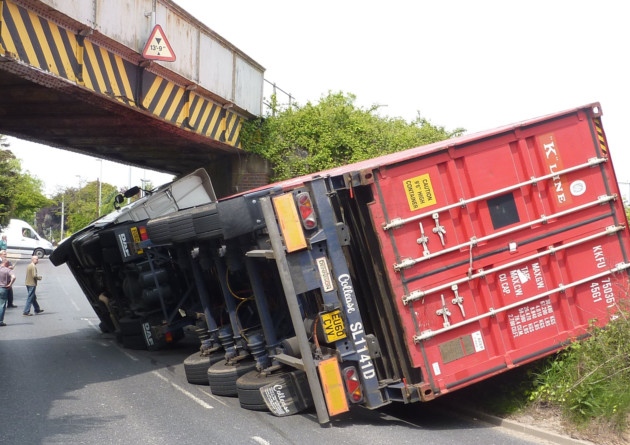 In addition to the extensive damage caused by striking a bridge, drivers involved in these incidents could face criminal prosecution, which could see them imprisoned or disqualified from driving.

Hojol Uddin, head of motoring from JMW Solicitors, said: “The charges the Crown Prosecution Service (CPS) can consider will depend on the circumstances surrounding the collision; however, the majority of such cases seen are dangerous driving. This is because their driving has fallen far below what would be expected of a competent and careful driver, and it would be obvious to a competent and careful driver that driving in that way would be dangerous.

“In addition, a driver is also to be regarded as driving dangerously if it would be obvious to a competent and careful driver that driving the vehicle in its current state would be dangerous.

This includes anything attached to, carried on or in it and to the manner in which it is attached or carried.

Sir Peter Hendy, chairman of Network Rail and double-decker bus driver, said: “Size does matter when you’re a professional driver in a heavy vehicle. Not knowing the size of your vehicle or load could lead to a serious accident and the loss of your licence.

“Through partnering with Snooper and other key haulage companies and trade bodies, such as the Road Haulage Association, to spread our message, we aim to bring the issue to the forefront of everyone’s minds and reduce the number of bridge strikes.

“Every incident creates potential delays for tens of thousands of passengers and potential costs for taxpayers, and this is happening multiple times a day. It’s only a matter of time before road or rail users are killed as a result. We need professional HGV drivers and their operator employers to get behind and support this campaign to eradicate bridge bashing.”

Data indicates that the number of strikes peaks in October, rising to almost 10 per day. Research suggests this could be due to the daylight saving hour change and increased deliveries ahead of Christmas. Most bridge strikes happen between 10am and 11am, but remain high all day until around 6pm in the evening and can cause hours of travel chaos.

Phil Jones said: “Using a sat-nav designed specifically for oversized vehicles is a key aid that drivers can use to reduce the number of incidents, as it enables them to avoid any height or weight restrictions along their route. Snooper developed its unique Truckmate software in partnership with mapping companies, fleet operators and HGV manufacturers, as well as drivers. We have honed the routing algorithm over thousands of miles, adding new legislating factors, including the London night-time ban, emission restrictions and load codes, as they have come into force.”

To learn more and about bridge strikes and how you can report a bridge strike please visit: https://www.networkrail.co.uk/wiseupsizeup.