Automotive Tastes Are Changing But Diesel Is Here To Stay 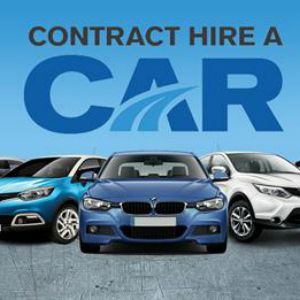 Crossovers, a minority style of car when Contracthireacar.com’s data began in 2006, now account for a fifth of the firm’s year-to-date leasing deals. With 20% of personal and business customers choosing crossover vehicles in 2015, compared to 14% in 2013 and 15% in 2014, it’s clear that this continues to be a substantial growth area and focus for car manufacturers. Back in 2010, Nissan’s Qashqai topped the firm’s crossover leasing deals with 64%, Kia’s Sportage in second place with 7%. A multitude of crossovers have since been launched by numerous manufacturers and although Qashqai still dominated in 2010, its share was cut to 20%, which reduced to 19% in 2014 and stands at 10% for the 2015 YTD. This year, Mercedes’ GLA has notched up the highest crossover leases with 31%, Land Rover’s Evoque in second place with 15%.

Electric and hybrid cars have also seen their share in the contract hire and leasing market increase significantly, according to Contracthireacar.com’s data, their take-up increasing by threefold in 2014 compared to the preceding year, before again more than doubling in the 2015 YTD.

Despite these clear trends, the firm’s statistics show that personal and business customers still view diesel as the fuel of choice. In 2006, diesel vehicles accounted for 78% of Contracthireacar.com’s customer fleet, which rose to 90% for 2014. For the 2015 year-to-date period, diesel’s share has reduced slightly to 85% but still remains the most popular fuel across the board.

Craig Davy, Contracthireacar.com’s Business Manager, comments: “With cars like SsangYong’s Tivoli, Hyundai’s new Tucson and Kia’s latest generation Sportage entering the already plentiful crossover segment, we expect its share of the car leasing market to continue growing. The emissions scandal may eventually result in a slight defection to electric and hybrid cars, but for now, we predict diesel to remain dominant, especially in the corporate contract hire market.”

When it comes to brands, the top three spots back in 2006 were comprised BMW with 14.89%, Audi with 14.36% and Volkswagen with 10.64%. Four years later in 2014, Audi, Mercedes and Nissan took the podium positions, and for the 2015 YTD at Contracthireacar.com, Mercedes takes gold with 19% of the firm’s leasing contracts, BMW silver with 12% and Audi and Ford are neck-and-neck on bronze with 11% each, showing that prestige brands remain as popular as ever in the world of business and personal contract hire.