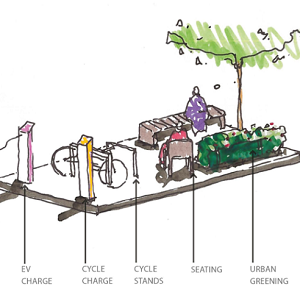 A new solution for EV recharging that does not block city pavements for pedestrians has been unveiled by engineering firm Arup. Its ‘ReCharge Parklet’ transforms a standard parking bay into an EV charging facility and micro-park.

The parklet can be designed to include EV and e-Bike charging facilities, mobile phone charging, Wi-Fi, seating, bicycle stand and pump, and a green urban space. The concept is aimed at boosting levels of activity in cities by making them more attractive for walking and cycling and improving social interaction on a street.

The team has tested Parklets in central London, transforming a loading bay on an urban road into a green space. Early indications have shown that such micro-parks could in fact increase the well-being of city dwellers and bring economic advantages to an area. 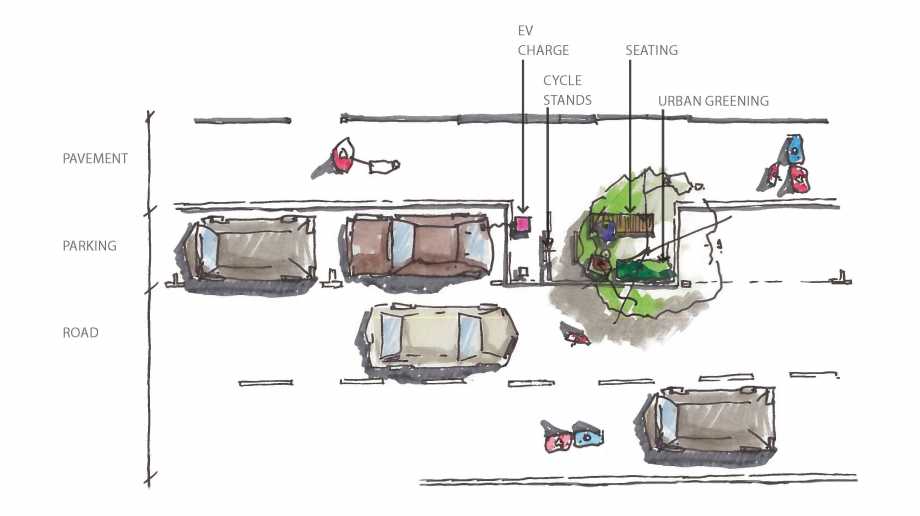 Susan Claris, Transport Planner at Arup, said, “Cities are under pressure to install more charging points, but it shouldn’t be at the expense of access and safety for those walking. Tactical urbanism solutions such as these show planners and designers how they can re-engineer and de-clutter streets making them better equipped for everyone, resulting in healthier streets.”