From Apprentice To Master Technician In Just 12Months 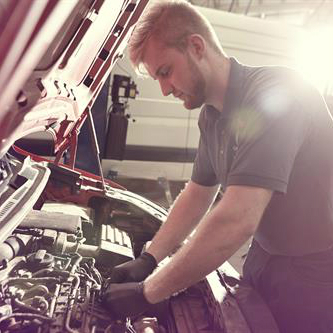 A 20-year old Volkswagen Commercial Vehicles technician has topped off an incredible 2016 by not only winning a gold medal at the Skills Show, but also becoming the youngest qualified Master Technician the Volkswagen Group has ever had.

Harry Garraway has made a huge impression since joining Heritage Volkswagen Van Centre Bristol three and a half years ago. He completed his Apprentice Programme at the end of 2015, went on to become a Qualified Technician in March this year, and has now passed all the assessments required to achieve the highest technical level in the Van Centre network – Master Technician.

His successful pathway to Master Technician was not a surprise: on the way he has been been named Volkswagen Commercial Vehicles’ Apprentice of the Year as well as Volkswagen Group Apprentice of the Year – having scored a perfect 100 per cent against the set criteria. In addition Harry was one of just five apprentices shortlisted for the IMI Outstanding Achievers award 2016.

Harry was also one of just six UK technicians selected to take part in the Skills Show last month at the NEC in Birmingham, where he went on to take the gold medal in the final.

Carl zu Dohna, Director of Volkswagen Commercial Vehicles, said: “We were delighted when Harry was selected to represent the brand at the Skills Show, so to have come away with the top award is fantastic.

“We couldn’t be more proud of his achievements and to become a qualified Master Technician so young and in such a short space of time is outstanding. He is an inspiriation to all aspiring technicians and proof that developing skills in an apprenticeship position really can be the springboard for a great career. We look forward to watching his development and seeing his talent nurtured further.”

Harry said: “2016 has been the most amazing year for me. I’ve learnt so much and come so far! I’m really looking forward now to consolidating my skills and encouraging other young people to find and develop their passions in a job they love. The apprentice scheme has allowed me to work and learn and I’m grateful to Heritage and Volkswagen Commercial Vehicles for their support.”

If you are are interested in applying to the Advanced Apprenticeship Programme, or would like to find out more, please visit http://www.volkswagencv-apprenticeships.co.uk/.