6 out of 10 Motorists loathe roadwork delays 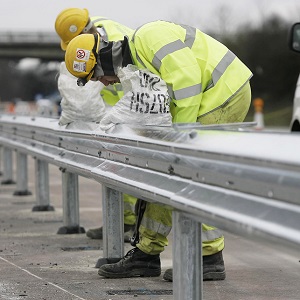 According a survey by Chapter 8 Shop, a specialist in road safety, 6 out of 10 motorists hate delays as a result of roadworks and believe something needs to change. However, in contrast to this, 8 out of 10 highway maintenance workers believe motorists should stop complaining.

It is clear the two groups have different perspectives, but road workers, when asked, believe their opinion should be valued more as it is their lives at risk.

To gather the responses, a total of 143 highway maintenance workers and 694 motorists were surveyed.

Les Bramwell is a road worker who has first-hand experience of the dangers that people in his line of work face. In April 2016, he was left with serious injuries and believes it is a miracle he is alive. If the speed limit for motorists passing by road works was above 50mph, he could have lost his life.

“I want to highlight the dangers of our job. Something that should have been a routine task had a serious impact on my life, and that’s why it’s so important that we educate motorists about the dangers of the work we do day in, day out” Mr Bramwell shared.

Midlands Regional Director of Highways England, Catherine Brookes said: “Nobody needs a road so badly that somebody needs to lose their life while maintaining or improving it. It is simply unacceptable that people run the risk of being killed or seriously injured while doing their job.”

Mr Saunderson, from Chapter 8 Shop, comes into contact with motorway professionals on a regular basis and hears of horror stories nearly every week and believes “more needs to be done to improve the safety standards and eliminate the concerns road workers have. Increasing the speed limit is a step in the wrong direction.”