50 Years of Honda in the UK 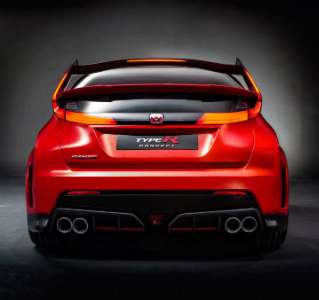 1965 also saw the year Honda first started trading in the UK.  It also saw the first Grand Prix win for Honda in the legendary RA272, thanks to Ritchie Ginther at the Mexico Grand Prix.

In the last five decades, Honda has achieved milestone after milestone.  Now one of the top 20 biggest brands in the world, Honda employs over 182,000 employees worldwide and has 40 manufacturing facilities making everything from a 25cc leaf blower to a $4m business jet.

This year also sees 30 years of Honda of the UK Manufacturing (HUM). A 370 acre site in Swindon employing 3,200 people, HUM has benefitted from a self-funded total investment of £2.2bn over the years and will become the global production hub for the five door Civic.

The motorcycles division is number one in the UK market with almost 20% market share.  With a product range spanning 65 models, last year, Honda sold 19,000 bikes in the UK.  The power products range has 225 models and last year sold in excess of 50,000 units.  Honda is the number one ATV manufacturer in the UK and the third largest outboard manufacturer.

From a motorsport perspective in the UK, we have the most successful BSB team in the UK and the BTCC team just won the drivers and manufacturers championships for 2015.

Philip Crossman, Managing Director at Honda UK, commented: “This year marks our golden anniversary in the UK with fifty years of rich history in trading bikes, power products and cars.  While this year has been significant in refreshing the car range in its entirety and launching several important new bikes, the Japanese way is to take a much longer viewpoint than just 12 months.

“Our business has changed radically over since it launched in the swinging sixties, adapting and evolving to suit the demands of riders and drivers over the years.  I can well imagine that Honda will be a completely different organisation in 2065 – but still selling quality and trusted cars, bikes and power products.”