Over 40% Of Young Drivers Involved In Crashes 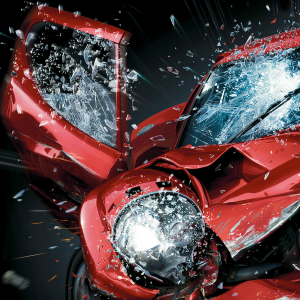 Two fifths (41%) of young drivers have been involved in a road traffic incident where they were the driver, according to a new study released today by Co-op Insurance.

The study, which was conducted among 1000 UK drivers aged 17-24 reveals that for almost a third (29%) their incident happened between one and six months of them passing their driving test and a further sixth (15%) said the incident happened within their first year of driving.

Almost a tenth (7%) of those drivers involved in an incident described it as a serious collision, a sixth (15%) said it was a minor collision and a fifth (19%) described the incident as a ‘bump.’

When delving into the reasons for young driver incidents, two fifths (40%) said the other driver was at fault. A fifth (20%) said they misjudged the amount of room they had and over a tenth (13%) admitted to not paying attention to the road.

The Co-op recently launched a campaign focusing on young drivers and the importance of prioritising safety when choosing a used car – a first in the market. In partnership with Thatcham Research the insurer crowned the Skoda Citigo as UK’s Safest Used First Car for young drivers.**

Furthermore, according to Brake, the road safety charity, one of the most common behaviours among young drivers is not wearing seatbelts. Other behaviours include speeding and drink and drug driving.

For that reason, Co-op Insurance has developed a crash test video to engage young drivers on the importance of making safe decisions when driving.***

James Hillon, Director of Products at Co-op Insurance said: “With 40% of young drivers being involved in road traffic incidents it’s vital that we continue to engage younger and future drivers on the importance of prioritising safety when choosing a vehicle. We hope our crash test video will bring to life one of the most common young driver behaviours, and the dangers associated with this.”

“More needs to be done to make young and perhaps inexperienced drivers understand that risky and dangerous behaviour behind the wheel can have serious consequences.”