The 2020 everywoman in Transport & Logistics Awards, launched to celebrate inspirational women reshaping the industry, is now open for nominations until 10 February. 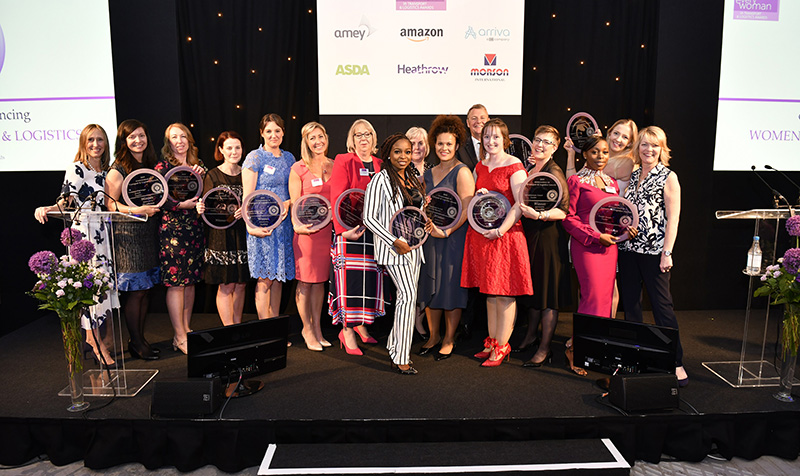 The awards celebrate the crucial positions women hold in transport and logistics, showcasing progression, accomplishments and increasing avenues of opportunity within the industry. Since the inception of the awards 13 years ago, more women have taken up senior roles in transport and logistics, but still account for just 20% of the overall workforce*, showing that there is more work to be done to attract female talent to the sector.

This year, everywoman reflects on the impact of WWII’s official conclusion, with 8th May 2020 marking 75 years since VE Day. As a consequence of war and men fighting away from home, women were propelled into roles primarily occupied by men, including several areas of transport. Women filled occupations such as bus conductresses, ticket collectors, carriage cleaners and drivers, but also discovered their talents in aviation, machinery production and took up a multitude of labouring duties. The number of women working on the railways shot up from 9,000 to 50,000 during wartime**.

Fast forward to the modern era and women are now fundamental in keeping a diverse hierarchy across all sectors of transport and logistics, a focal point in delivering economic benefits for businesses. Studies show how long-term risk management and innovation in problem-solving undergo marked improvement within companies where women fill leadership roles***.

The everywoman in Transport & Logistics awards aim to create role models and reshape perception that transport and logistics is only for men. One past winner, 2017’s ‘Woman of the Year’, Amey Commercial Account Director Anna Delvecchio, has recently received a one-of-a-kind recognition from the London Transport Museum in the form of a patronage. Her picture now hangs in the museum to inspire future generations of female engineers and transport professionals.

The awards will recognise two winners per category; one successful industry “Leader” and one individual at any stage in their career who is going “Above and Beyond” for the business they work for. The awards will also have a global reach with the introduction of the brand-new International Inspiration Award.

Maxine Benson MBE, co-founder of everywoman, comments, “Every year, we look forward to shining a spotlight on some of the most exceptional women whose achievements will inspire the future generation in motivating them to consider an industry they might not otherwise have. Women working in the transport and logistics industry is increasingly seen as natural and normal – the focus should be shifted to enabling women to progress within these industries, especially in senior management roles.”

The 2020 awards categories are as follows:

The winners will be announced at an awards ceremony in London on 18th June 2020. For further information, please visit here.