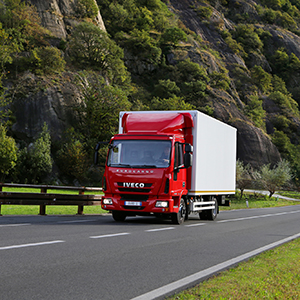 Fraikin has announced a £4 million order for Euro VI Iveco trucks to support the company’s growing base of contract hire and fleet management customers, as well as major new rental deals with blue-chip national fleet customers.

The order ranks amongst the largest Euro VI truck orders placed by a UK rental company since the trucks launch, and the majority of the vehicles are set to enter service between December 2014 and January 2015.

Peter Backhouse, Fraikin CEO, says: “Fraikin is a forward thinking company offering customised rental solutions using the latest technologies on the market. Investing in modern Euro VI rental vehicles is a natural choice for our business. The Euro VI trucks will complement our current fleet and help us further reduce both our own and our customers carbon footprints. They will also ensure we ‘future-proof’ our fleet from possible changes in Low Emission Zone requirements in the years ahead, bringing genuine advantages and supporting our customers’ needs.”

The specifications of the new Euro VI vehicles have been tailored by Fraikin to offer the optimum performance on the road. Fraikin’s 1,000-strong rental parc ensures customers have access to a fleet which is the perfect fit for their business, helping them adapt to changing commercial needs rapidly, easily and with flexibility.

The Euro VI vehicles will be spread across Fraikin’s network of rental locations, allowing customers to experience all of the advantages of the Euro VI configurations. Fraikin’s Central Rental facility also offers customers a personalised service, making vehicles available to national customers anywhere in the UK.

In addition to the truck order, Fraikin has invested approximately £400,000 in new 3.5-tonne Daily chassis cabs with Luton Van bodies. These light commercials are expected to be amongst the first latest-generation Iveco Dailys to join any spot hire operation in the country. 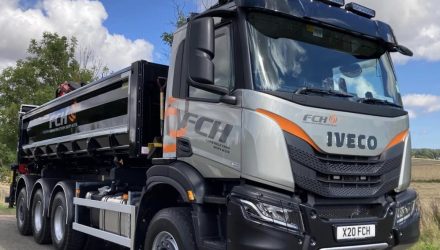 FCH Construction Services are experts when it comes to a wide range of pipe laying works and this tough mission requires some seriously rugged vehicles. When a

IVECO to highlights the DNA...

IVECO has launched a new nationwide promotional tour for

IVECO has announced that its bodybuilder accreditation programme has

Porth-based Griffith Memorials specialises in the design and installation