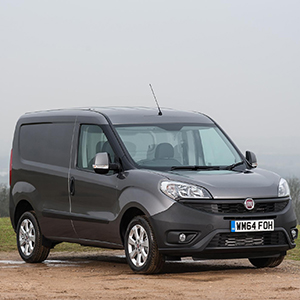 With 1.4 million sales and numerous award accolades, including International Van of the Year in 2006 and 2011, the new FIAT Doblò retains many of the class-leading traits that have defined its critical and commercial success, such as its excellent dynamics, comfort and best-in-class load and volume capacities.

But for 2015 these attributes are further supplemented with significant improvements for the cornerstone 1.3-litre and 1.6-litre turbo-diesel engines, which benefit from enhanced responsiveness – more torque from lower revs – and improved efficiency of up to 12 percent. In the case of the 1.3-litre MultiJet II engine, for example, this responsiveness has increased by approximately 40 percent compared to the model it replaces, resulting in greater flexibility for more relaxed and efficient driving as well as livelier performance when circumstances demand.

The 90hp 1.3 MultiJet II and 105hp 1.6 MultiJet II engines are also available in new “EcoJet” versions which offer a further reduction in fuel consumption and emissions levels thanks to the use of Start&Stop low rolling-resistance tyres; low-viscosity oil; an ‘intelligent’ alternator; a variable-displacement oil pump and a new aerodynamic pack. All this makes it possible to achieve a fuel economy figure of up to 64 MPG (4.4 L/100km) and CO2 emissions of just 115 g/km.

The technical improvements are only part of the story, of course. The 2015 FIAT Doblò Cargo also benefits from a complete redesign in line with the new, muscular design language first seen on the new FIAT Ducato. The sculpted bonnet and distinctive new headlamps combine with the bold new grille to add an air of sophistication and elegance to the 2015 FIAT Doblò’s design. The sleek new front bumper, lower air intakes and fog light shrouds adopt a more car-like refinement while also hinting at the new Doblò’s solidity and robustness, and at the rear new light clusters, with their sleeker shape and more sophisticated graphics, round out the Doblò’s style revisions for 2015.

Naturally, the hugely versatile load compartment remains central to the vehicle’s appeal. With a payload of up to one tonne, the Doblò’s load bay is defined by a flat floor with minimal wheel arch intrusions and practical squared-off shape – again, thanks to the bi-link rear suspension! The load area, which can be specified up to 5m3, is accessed via rear doors which helpfully open to 180-degrees with hard-wearing and ergonomic handles (the rear door, for example, can be opened and fully extended using just your “pinkie” finger – perfect when holding heavy boxes). 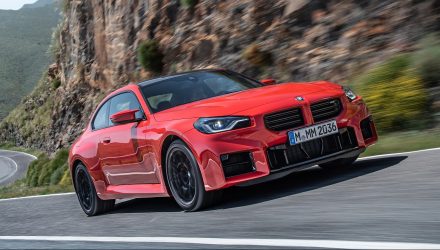