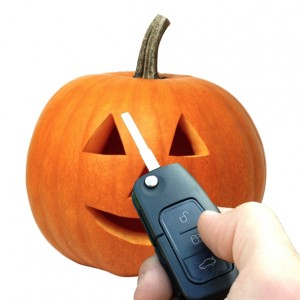 In our latest Expert Blog, Carlo Casta, from The Car Key People, investigates some of the strange and unexplained mysteries surrounding car keys…

Imagine getting home from work and parking your £40K BMW on your driveway but returning the next morning to find the car is gone.

This is exactly what has been happening to BMW and Range Rover drivers all over the UK.

Such high end vehicles are supposedly equipped with sophisticated alarms and immobiliser systems that prevent the engine starting without a correctly programmed key.

So how on earth are these cars disappearing overnight – without the key!?

Could it be some kind of new automotive witchcraft? No.

Car thieves are using a clever gadget that plugs straight into the cars OBD (On Board Diagnostics) socket.

The device can clone a new key which will bypass the immobiliser within a matter of seconds.

Many new cars use what’s known as a smart proximity key that can start the car from a push of a button.

This means no mechanical key is required to be turned in an ignition barrel to start the vehicle.

Whilst this adds an improved level of driver comfort it unfortunately leaves a few security holes that thieves are able to take advantage of to start a car without it’s key.

But don’t have nightmares, as BMW, the main car manufacturer targeted, are very aware of the problem and have been upgrading their cars with new software to withstand these high tech car hacks.

If you have a fleet of BMW cars that are manufactured after 2005 they will be operated with a smart key.

BMW are offering free software updates to improve security so if your vehicles have not been updated ask for this to be done when the car is next serviced.

There is also a car key with a mind of its own.

This one really is spooky – Jeremy Clarkson demonstrated on Top Gear how the range of a car key remote car be increased by holding the fob against your head.

It sounds strange but this actually works.

Clarkson proved that by simply holding his car key against his temple he could more or less double the range of his central locking key.

Car keys have a limited range in which they can be operated to unlock the car.

If you stand to far away the signal can not be received by the car and nothing will happen when you press the button.

Whilst this may just seem like a fun gimmick it really does work and can be used to let someone into your car without you having to run all the way back.

But what’s really going on?

Your brain generates lots of electrical signals that it passes down the body to make it move.

When your put the key to your head, your body becomes a gigantic antenna and increases the range of the remote key.

So, the next time a colleague shouts up to your office for you to unlock a car to get some documents out, hold the key to your head and save yourself a trip down to the car park.

People living in Barnet, North London, have been reporting how their car keys are refusing to lock their car, but only in a certain area.

Despite pressing the car key button several times to lock or unlock the car, nothing will work other than manually turning the keys in the lock.

Is this some kind of extra terrestrial power, a new Bermuda Triangle perhaps? No.

This is a fairly common issue that is not limited to Barnet or the Bermuda Triangle.

The only solution is to move the car to an area outside of the interference range.

Have you ever locked yourself out of your car and been one hundred miles from where you keep your spare key, and wished you could only get that key sent down to you within a matter of seconds?

Maybe you don’t need the key to be in your hand, maybe you just need your mobile phone and someone at the other end with you key in their hand.

There are claims that a car keys unlocking signal can be passed down through a mobile phone.

There are hundreds of claims online that sound like this: “I was in the kitchen completely out of reach of my car.  I dialled my friend’s number who was standing next to my car. I pressed the unlock button and just like black magic…it opened!”

This one is a little far-fetched.

Most mobile phones operate at 800mhz or higher while car keys range from 300 – 500mhz, so this is technically impossible.

The only plausible explanation is that when the key is lifted up to the phone it is held near to the operators head that can act as a signal booster as explained earlier.

Make sure you keep your car keys in safe place this Halloween and have fun trying out these spooky signal boosting car key tricks. 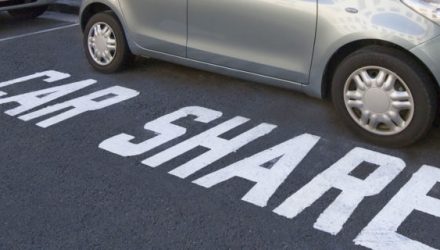 Most OEMs are working overtime to develop and produce EVs ahead of the future ban on combustion engine vehicles, with the number of electric cars, buses, vans

Unlike the high adoption rates seen in certain parts

Extensive disruption at the beginning of the decade put

If you’re a carrier or transportation provider looking to