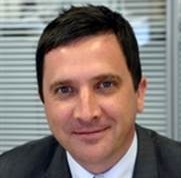 In our latest Expert Blog, Mark King, Group Digital Sales and Marketing Manager at Benfield Motor Group, gives his take on the electric revolution within the automobile market…

We’re only one year away from when the film ‘Back to the Future II’ is set and by now we’re supposed to have hoverboards and flying cars.

Yet, this doesn’t seem to have quite happened.

So, where exactly are we in terms of ushering in a new era of modern transportation?

Well, flying cars and hoverboards may still be a way off but this year may very well represent a watershed in terms of motorised transport: this is the year that might come to be known as the ‘Electric Revolution’ in years to come.

After a relatively slow start, the electric car – or e-car – is finally starting to gain momentum.

It’s now being taken seriously by a substantial part of the car buying public, and once a tipping point is reached, there may be no going back.

Apologies to Jeremy Clarkson, but the era of the petrol engine may be coming to an end.

The surge has largely been down to improvements in battery life and range, and some concessions for owners charging their vehicles; at a time when paying at the pumps is getting increasingly expensive, this is certainly a big draw.

Certain models of e-car are already attracting quite a lot of attention.

As well as hybrid models like Toyota’s Auris, electric models like Nissan’s Leaf and the Renault Zoe are selling well.

Coming up over the next few months, you can expect the release of the Ford Focus Electric and Volkswagen E-Golf.

And when hugely popular global models like the Focus and Golf go electric, then you can be sure the tide is turning.

This very popular small car, ideal for city living and as a run-around is being given an electric makeover.

The industry is watching very carefully, and if turns out to be the success everyone is expecting, then the floodgates might well and truly open.

However, questions remain over the electric car and people are still sceptical – change always takes a while after all.

So, let’s have a look at some of the statistics.

With a full charge, the e-up can cover around 90miles, and the battery can be fast charged to 80% within 30minutes.

It can get up to around 83mph and 0-60mph in a by-no-means-sluggish four seconds.

Of course, being an electric car, there are some significant other benefits.

Firstly, there is virtually no sound produced, which has potentially huge benefits for the environment and for anyone who lives near a major road.

There are also no emissions and no expensive road tax.

And, of course, no filling up at the pumps and cleaning out your wallet every few days.

There’s still going to be a few who’ll hold out until the bitter end with their petrol engines but it looks like the electric car has finally arrived.

The future might not quite be Marty McFly on his hoverboard but then you can never believe what you see in the movies.

The electric car is coming.