The team at www.carwow.co.uk analysed site data to determine how the ULEZ, which launched in the Congestion Charge area of central London from Monday 8th April, had impacted demand for more environmentally-friendly vehicles to help commuters beat the charges.

When looking at car searches by customers inside of the M25 for alternatively fuelled vehicles (since the start of April 2019), there has been a 25% increase in quotes requested for plug-in hybrid cars, a 14% increase for electric cars and a 6% increase for hybrid vehicles; suggesting that the ULEZ has sparked enough concern among drivers to consider switching to a more fuel efficient model.

From the start of March 2018, there has been a 118% year-on-year increase in searches for hybrid vehicles and a further 56% increase in electric vehicle quotes.

Since the start of 2019, the most searched-for alternative fuel vehicles have been:

From 8th April, drivers in the ULEZ with vehicles exceeding the declared emissions criteria face a charge of £12.50 per day; meaning a London commuter in this situation who drives daily could face an annual fee of £4,562.50. 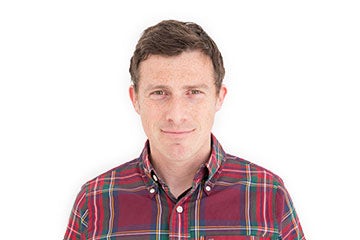 Mat Watson, motoring expert at Carwow, said; “Even before ULEZ, we’ve seen the demand for electric and plug-in hybrid increase significantly across all the UK’s major cities; drivers are more aware than ever of their environmental impact and looking to go green, and the choices for them in terms of models are widening so you no longer have to sacrifice on style. That said, financial incentives, and in this case penalties, are proving a key factor in getting them to commit to the change.

“When analysing data, we can see dramatic spikes and drops in user searches for electric vehicles and plug-in hybrids prompted by Government grant changes, demonstrating that incentives do encourage drivers to make the change.  Slashing £1,000 off the grant amount for plug-in category 1 vehicles back in October 2018 and stopping grants for category 2 and 3 plug-in vehicles altogether in November led to increased interest in the run up to the changes, and a clear drop after, so it was unsurprising to see that the prospect of paying the fee has reignited the interest, particularly with a wider roll out in other cities potentially on the cards. ”